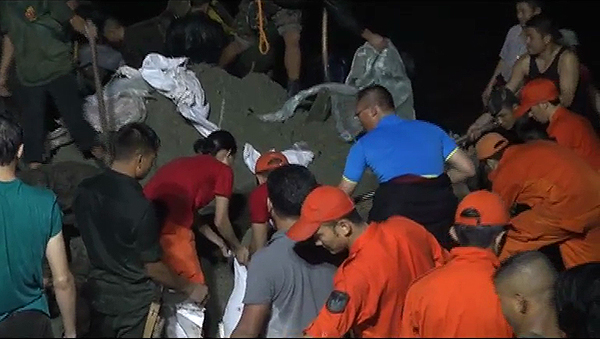 Amochhu River, after bursting the banks because of a weeklong Heavy downpour, has washed away a major portion of workshop area, salvage go-down and damaged a million worth of infrastructures and equipment.

The river also submerged heavy equipment and machinery. Houses, nearby the banks, which are under construction, were also washed away.

The flood also hit some of the shops, restaurant and residential houses.

Amochhu continues to swell posing risks to nearby settlements. Our correspondent, Kuenga Tashi, who was at the scene, says there is a high risk of the river washing away everything nearby.

Lyonchhen arrived straight at Amochhu from Lingzhi in Thimphu last night and joined the mitigation team.  He, along with the team, worked till 1 AM in the morning building embankment to lessen the impact of the flood.