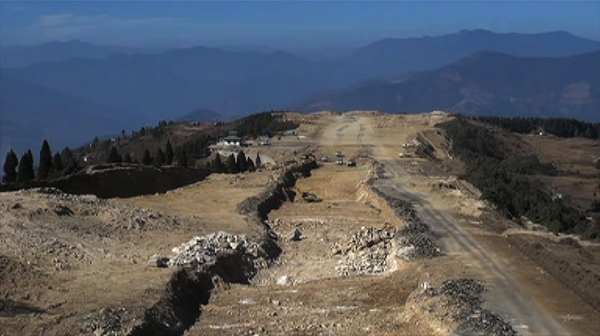 Despite harsh weather, renovation of Yongphula Domestic Airport is progressing well. So far around 32 percent of the renovation work has been complete. The renovation of the airport should be complete by October, next year.

The work began in April, this year. However, it is little behind schedule as per the work plan.

“We are supposed to complete around 37 percent of the work but because of the high altitude problem and cold weather we are a few percent behind the schedule,” said the Site Engineer, Vijay Babu. 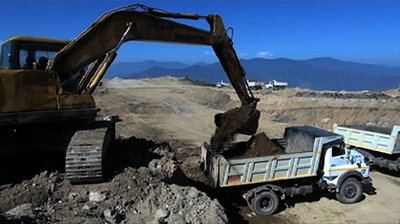 He said they can begin their work only at 10 AM, given the cold. “We cannot start the vehicles.”

Vijay Babu said the weather will continue to pose a challenge until March. “But, since it is not raining, we are planning to work overtime to recover the few percentage with which we are behind.”

Realignment of the runway is one of the major works being carried out currently. The end of the runway is being realigned by cutting 12 meters deep, while the landing and takeoff point is being raised by eight metres. The length of the airstrip is further extended by 90 meters and widened by 40 metres.

“We consider minor works like construction of fencing and approach road as complete, but the most time consuming work is the realignment of the end of runway,” said the Airport Manager, Tsheltrim Drakpa.

He said once the realignment is complete, it wouldn’t take much time to blacktop the runway and other minor works.

The two hillocks located at both the end of the runway have been completely removed.

A new approach road to the airport is also being constructed.

The Asian Development Bank is funding the Nu 199 M airport renovation. So far around Nu 40 M of the approved budget has been used.