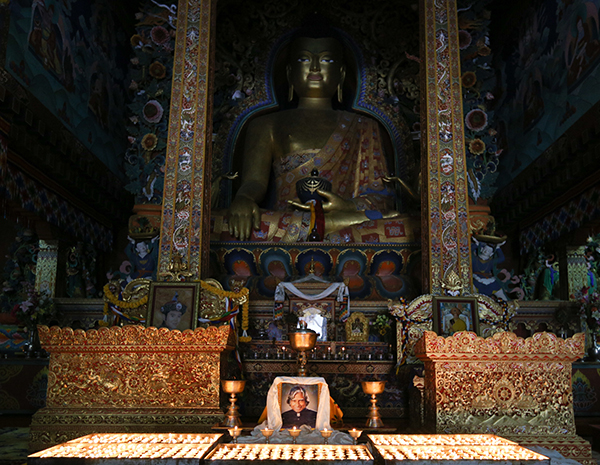 His Majesty The King led the government and members of the Indian community in Bhutan in offering prayers and a thousand butter lamps for the late President of India, His Excellency APJ Abdul Kalam, at the Kuenrey of Tashichhodzong yesterday.

Upon the Command of His Majesty The King, the National Flag was lowered to half-mast in honour of the late president, who passed away on July 27.