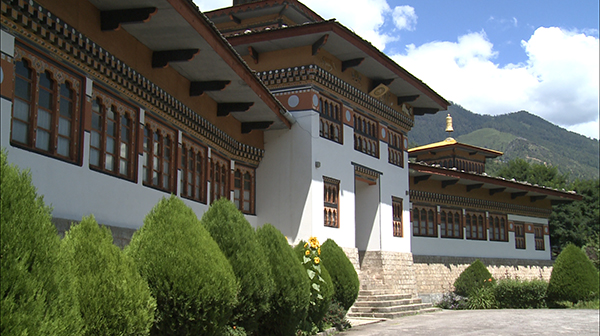 The High Court has asked the Anti-Corruption Commission (ACC) to submit strong justifications for the office to prosecute the Lhakhang Karpo case. During the show-cause hearing of the case yesterday, the court also asked Office of the Attorney General (OAG) to submit in writing as to why the case is being handed over to the commission for further prosecution.

Attorney General, Shera Lhendup, in an earlier interview with the BBS, had reasoned that conflict of interest will be best avoided if the prosecution is continued by the ACC because of the involvement of a minister. The Attorney General is a political appointee.

The High Court said the ACC will be allowed to prosecute the case only after the justifications submitted satisfy the judges.

OAG had submitted appeal petitions following the Haa District Court’s judgment on the acquittal of Foreign Minister, Rinzin Dorje, and Project Manager, Wangchuk Tshering. The Foreign Minister was charged with abuse of functions and embezzlement of public property as the former Haa Dzongdag.

Meanwhile, the OAG will continue to prosecute the Project Engineer, Tashi Gyeltshen, and sand supplier, Tshewang Rinzin, in connection to bribery of Nu 100,000. The office will submit appeal petition against them on Monday.