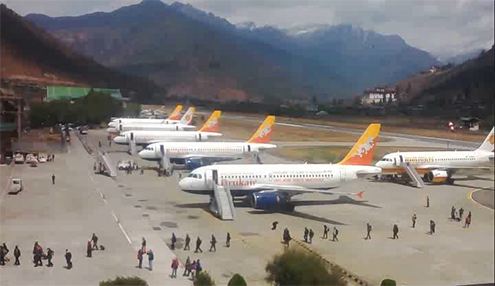 Customs Officials at the Paro International Airport seized 17 cases of foreign whisky and US$ 50,000 in two separate cases this week.

On Monday, customs officials seized the imported alcohols from an Indian passenger bound for Kathmandu. A passenger can carry only one litre of alcohol out of the country which is exempted from duty.

According to the Foreign Exchange Regulations 2013, a person bringing in or taking out foreign currency worth 10,000 US Dollar or more will have to declare the value at the customs point of arrival or departure.