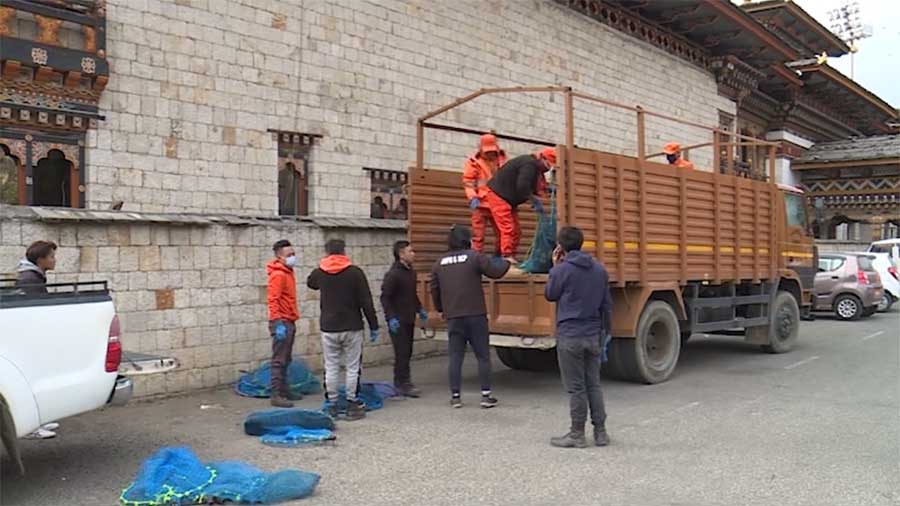 More than three hundred stray dogs in Thimphu have been lifted to the Nakula Dog Shelter in the last four days. This is a part of the Nationwide Accelerated Dog Population Management and Rabies Control Programme. The Agriculture and Livestock ministry with the help of DeSuups and volunteers is carrying out the exercise. 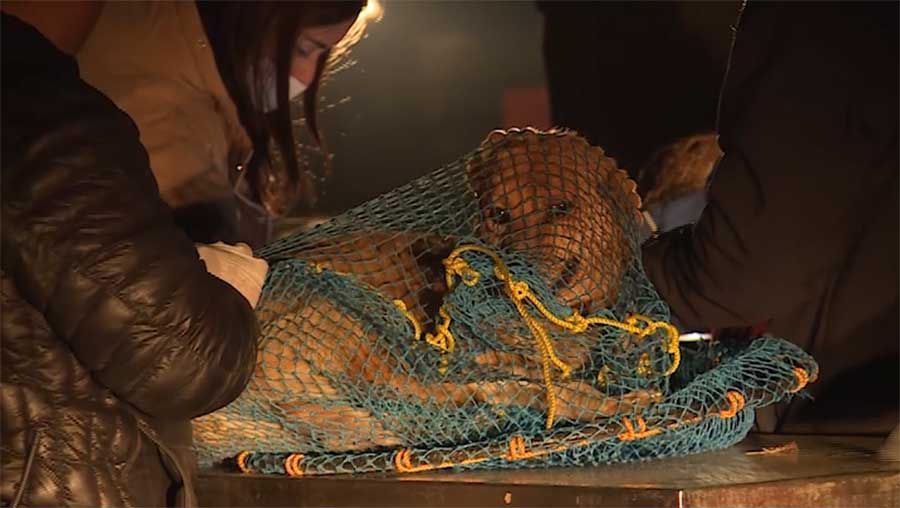 The team work in five groups to catch, transfer, microchip and sterilize the dogs.

‘‘When they arrive at Nakula shelter, the receiving team will unload the dogs. And we have another team, that will microchip the dogs which bears the digital identification of the dogs and they will then register the dogs. And the clinic team will sterilize the dogs or treat them if the they are wounded or diseased,’’ said Meena Devi Samal, the Deputy Chief Veterinary Officer of the National Veterinary Hospital.

The fifth team which is the Livestock Rules and Regulations Enforcement Team takes care of the regulatory affairs. If a microchipped pet dog is found astray or unleashed while scanning it, they contact the owners and fine them. The pets are then handed over to the owners. In four days, the enforcement team imposed a penalty of around Nu 1,000  each on nine pet owners.

‘‘The reason for lifting the dogs from the core Thimphu area is primarily to supplement the efforts that have been going on for the last sixteen months. The Nationwide Accelerated Dog Population Management and Rabies Control Programme is geared towards reining the issues of the uncontrolled dog population in the country,” said Sangay Khandu who is the DeSuung Coordinator for the programme.

He added the program aims to reduce the risk of dogs to public health and bring down the number of dog bites. He also shared some challenges of the slow process of the programme.

‘‘Since we have already done this for the last sixteen months, there isn’t much challenge but the only concern or complication we do have often is when we go out to catch the dog, our team try to catch as many dogs as possible. The process is slightly slowed down when there are people who claim that their pets have been caught in the group. But there were also dogs who are not microchipped but claimed as pets.’’

Some of the people BBS talked to shared that the move will benefit both the dogs as well as the community. “When government takes such an initiative and takes care of the dogs, we should support them. We are thankful to them for taking care of our safety because dogs pose risks to old people and children,” Nim Dorji, a Thimphu resident said.

“Old people and children can’t go out early in the morning and late in the evening, fearing dogs. When the dogs come in a group, it’s problematic for us. During the daytime, even if a group of people walk together, it seems like the dogs can identify the elderly ones. They chase and attack us. Some dogs have even killed children. This initiative could be expensive for the government but the benefits will be huge for the public,” shared Tshencho Nidup, who lives at Changbangdu in Thimphu town.

The clinic team has so far sterilized two dogs and treated five dogs out of 334 dogs sheltered at Nakula. The shelter is located about 3 kilometers away from Simtokha.

Livestock officials advise pet owners to leash their pets to avoid getting fined. The exercise will continue for another few days.