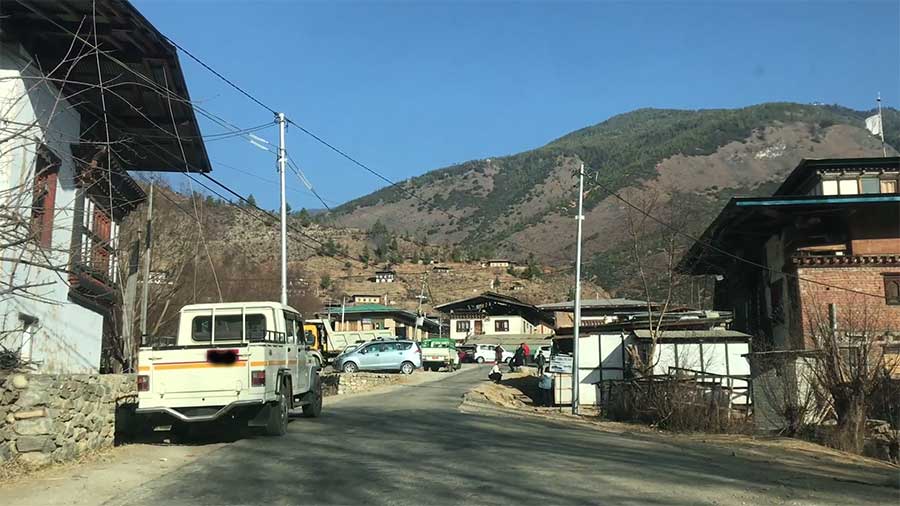 Residents in Shaba Denkha peri-urban settlement along the Paro-Thimphu highway say it is about time a proper town planning is carried out for the place. Without streetlights, CCTV cameras and proper parking spaces among others, people say they are facing inconveniences. Meanwhile, they also claim crimes and car accidents are on the rise in the locality over the years.

Paro’s Shaba Denkha is gradually mushrooming into a small town. The roadside settlement situated in the midst of a couple of government institutions is also seeing a rise in population. With around 700 residents currently, its population has grown over the years from a village of roughly 10 households, two decades ago. The place, located at the tri-junction of Paro-Thimphu Highway, Shaba Gewog Centre Road and Neyphu Chiwog’s farm road, is accident-prone. Littering and illegal waste dumping has also been a long-standing issue in the area. 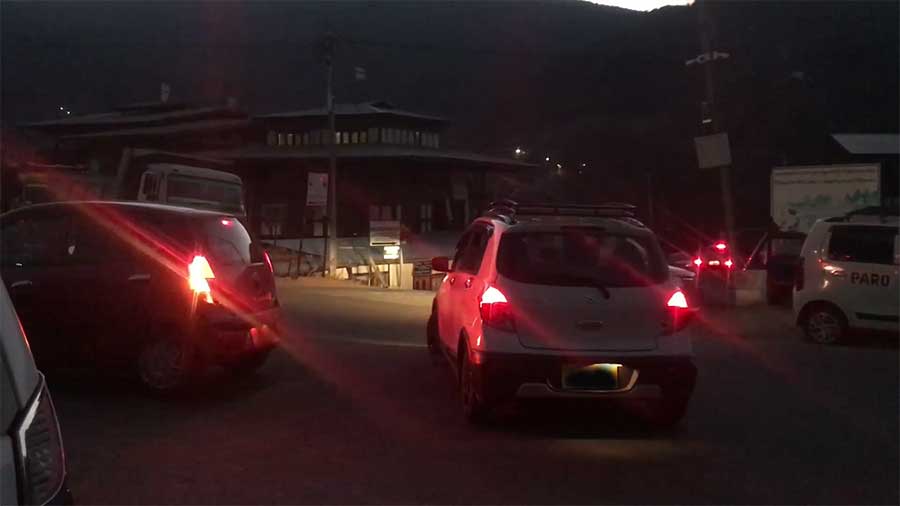 “There is no electricity here and there is no proper parking space. For people like us who make a living on the streets, it is risky,” said Tendrel Zangmo, a street vendor.

“We met the Gewog officials and discussed on the need to provide basic facilities such as streetlights, parking lots and a police unit but nothing has happened. Waste is one of the main issues that we are challenged with,” said Wangchuk Lhamo, who runs a shop in Shaba. “People in the wee hours throw their waste in front of our shops. If there are streetlights and CCTV cameras here, I think people won’t do that anymore.”

The Gewog office says they are aware of the issues. The Gup said the office has started working towards addressing it.

“These issues were never included in Gewog’s yearly plans until now. If they were, then it would be easier to prioritise and execute the plans today but this is not the case. Now, I think we should prioritise town-planning works in the very first year of the 13th Five Year Plan so that various issues related to youth, waste, and parking spaces among others are addressed,” said Shaba Gup, Sangay Lhamo.

The Shaba Gewog office, a primary and a higher secondary school are all located nearby. These have also added to growing vehicular traffic besides the regular commuters heading towards Paro, Thimphu and Haa.

Until a plan is drafted and executed, residents of Shaba Denkha will have to keep hoping for a safer, cleaner and better neighbourhood.