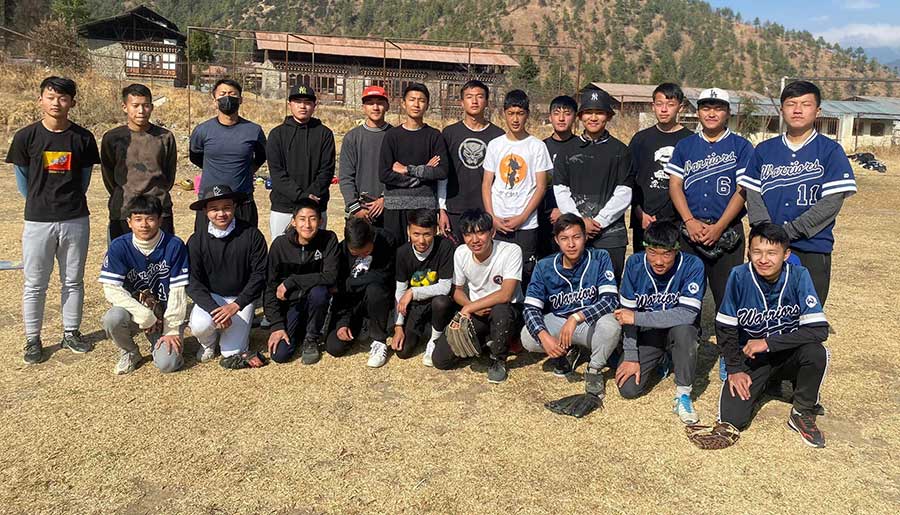 Bhutan now has a national team for baseball. The selection for the country’s first national baseball team was carried out by the Bhutan Baseball and Softball Association. The three-day selection camp ended yesterday.

The country’s first-ever baseball national team has twenty players aged between 16 and 25 years. They were selected from about 35 participants, mostly school students from Thimphu.

According to Marvin Moore, the Head Coach of the Bhutan Baseball and Softball Association who will also be training the national team, the selected players will be trained and groomed till they are ready to compete on the international stage.

“Bhutanese players are raw and they (have) got a lot of potential. The national team won’t start playing international games till autumn. By the time autumn comes, the players won’t be internationally ready but they will be close,” he said. “Baseball in this region is not as strong as in Japan or Korea. We have a long way to go because baseball in west Asia is not that strong.”

The Head Coach believes the players can get ready for international games sooner if there is a proper pitch and enough sports equipment. The association plays all its baseball games presently at the Motithang Higher Secondary School’s sports field.

“Our biggest challenge is the facility. This is the only field we get to play on. So, if there is an event the school has, we don’t have a field to play on. We have a lot of children who want to play baseball but we have trouble getting into rural areas because we don’t have enough equipment,” says Coach Moore. “So, I would say the location of the field to play on, where we can play five days a week and lack of adequate equipment are our two biggest issues.”

Baseball is a popular game that is played worldwide. It is a bat-and-ball game played between two opposing teams, consisting of nine players each. The two teams take turns batting and fielding.

The game proceeds when a player from the fielding team throws a ball which a player from the batting team tries to hit with a bat. The objective of the batting team is to hit the ball into the field of play, allowing its players to run and advance through four bases to score runs. The defensive or fielding teams must prevent the batters from becoming runners and stop runners from advancing around the bases. The team that scores the most runs at the end of the game wins.

In Bhutan, although a new sport, its popularity is slowly picking up pace amongst the youth.