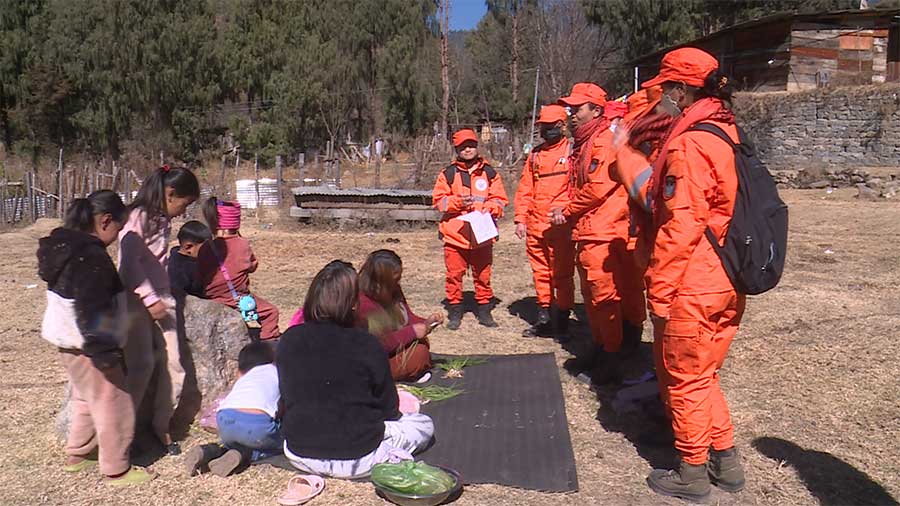 The desuups seem to have taken on a new mission, to prevent forest fires. Together with officials from the Department of Forests and Park Services, the desuups are going around homes on the outskirts of Thimphu city creating awareness on forest fires and how they can be prevented. The teams reached out to more than 1,000 homes during the three-day campaign which ended today. 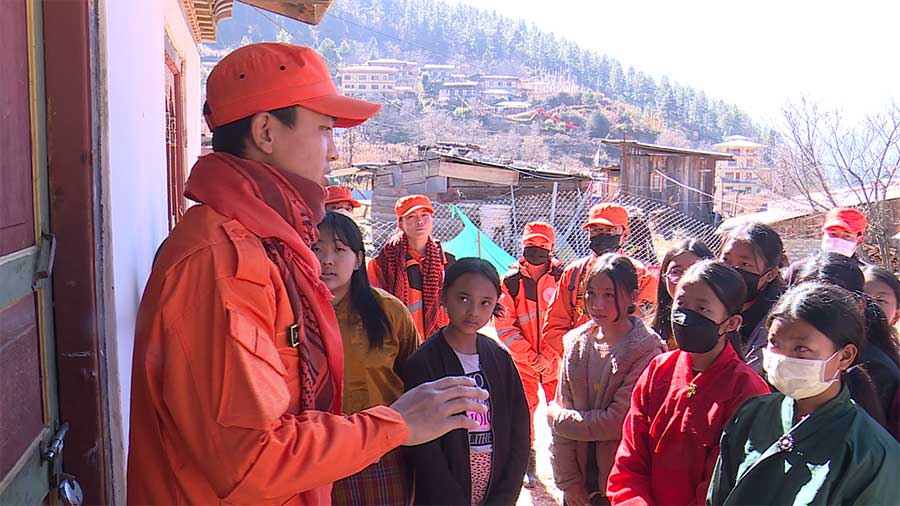 Dressed in their traditional orange, more than 160 desuups have been visiting houses that are located near the forests. The Forest Fire Prevention Awareness Campaign aims to sensitize and remind people about the do’s and don’ts to prevent forest fires in Thimphu.

According to the Desuung office, a forest fire not only causes a lot of damage to the environment but also involves a lot of expenses.

“We are telling people working in agricultural land to create fire lines on the field before burning the agricultural debris. We also tell them to burn all of the debris together in one particular place in the centre of the field,” said Tandin Dorji, the Chief Planning Officer at the Desuung Office.

Thimphu alone reported 18 forest fires and nine bush fires incidences in the last two years. The Fire and Rescue Service Division of the RBP says it is the peak season for forest fires from November to March. The capital is one of eight dzongkhags that are at high risk of forest fires.

“It is a good reminder for the people who don’t know about the remedies to prevent forest fires. We must all adhere to these dos and don’ts strictly,” said Rinchen Wangdi, a resident of Namseling.

“There are high chances of forest fires in the winter season. Students and children like us must be careful with fire. Today, Desuups were here for forest fire prevention awareness,” said Dechen Kinzang, a Kabesa Resident. “We are also reminded about this in the schools by our teachers and officials from the forest department.”

The Desuups also sensitize the people on the proper management of waste and discourage burning it. They plan to carry out similar awareness campaigns in Monggar, Trashigang, Haa, Paro Bumthang, Wangdue and Punakha.

There were more than 50 forest fires and nine bushfires in the country in the last two years.