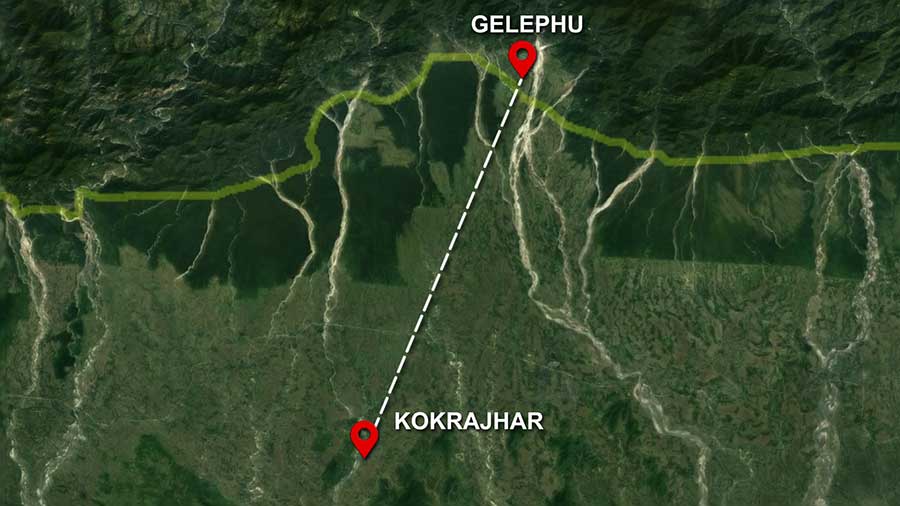 The first-ever Bhutan-India railway construction is expected to commence within the next two years. This is according to the Minister for Foreign Affairs and External Trade who said the railway construction would take two to three years. The railway, which will become Bhutan’s only such infrastructure, will connect Gelephu in Sarpang to Kokrajhar in Assam.

The India-Bhutan railway plan was discussed during the Prime Minister’s first visit to India but the project was delayed due to the pandemic. However, a joint survey of the project was completed recently. The 57-kilometre route connecting Kokrajhar to Gelephu is expected to boost the country’s foreign trade.

“This will reduce the cost of transportation by our exporters, especially in terms of boulders and chips, making the transportation process much more efficient. Not only that, many of our export products like ferrosilicon, etc. will also be exported all over India. So, using the Indian railroad would make things much faster and much more efficient,” said Dr Tandi Dorji, the Minister for Foreign Affairs and External Trade. “Currently, our exporters face a lot of difficulties with several restrictions that have been put in place while travelling through India by trucks. So, having a railroad will make it much easier, cheaper, and faster.”

He also added that the construction of the rail link will set off prospects of more railway construction in the southern and eastern parts of the country.

A survey for a similar project connecting West Bengal to Samtse was carried out in 2020. However, land acquisition issues along several Indian tea estates made it challenging to start the project.

Works on a detailed project report for the Kokrajhar-Gelephu railway construction project will begin soon. The budgetary details have yet to be finalized. Bhutan and India signed a Memorandum of Understanding in 2005 to link the bordering towns of the two countries by railway.