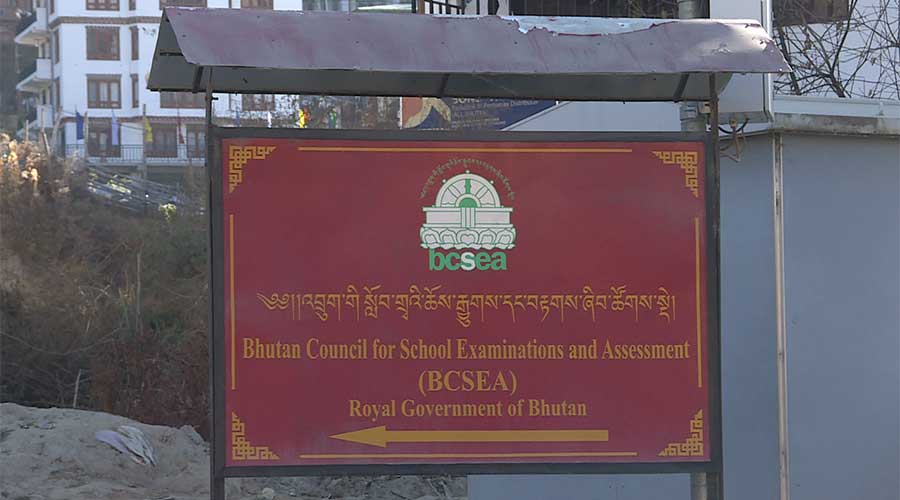 The Bhutan Council for School Examinations and Assessment’s evaluation camp is a sought-after activity by teachers across the country. It is an active engagement for teachers during the long winter break. However, some teachers claim that not everyone gets the opportunity to be part of the camp. They say while some get it every year, for a few others it’s difficult to be part of the evaluation despite being in the teaching profession for more than ten years.

Annually, over a thousand teachers from across the country get selected for the evaluation camp. For a teacher to participate in the evaluation, respective schools will register online on the BCSEA system. Although the nominations are done at the school level, the selection is done by the BCSEA.

More than a thousand teachers have been selected from across the country for 2022 BCSEA’s evaluation camp this year.

However, some teachers BBS talked to expressed their disappointment in not getting the opportunity.

A few of the teachers who requested anonymity said that there is confusion among the teachers about the selection process.

“According to BCSEA’s criteria, the minimum work experience should be three years. However, some have never gotten the opportunity despite being in service for ten years. Some get the opportunity right after three years of experience. So, we are not able to understand how the selection is done,” said a teacher.

“When it comes to the selection of teachers for the BCSEA evaluation, I feel that it is not fair and equitable. Some teachers who were in the profession for about ten years have never been a part of the evaluation. While some get the opportunity after two or three years of service. Moreover, some get the opportunity multiple times and some don’t get it at all,” added another.

“From what I have heard, those who have connections with BCSEA make calls and get the opportunity to go for the evaluation every year. Moreover, this year, the names of teachers teaching classes eight, ten, and twelve were submitted. While a few of them get the opportunity, some don’t. So, we don’t know on what basis they are selected.”

However, according to BCSEA, the selection is done based on their nomination criteria.

BCSEA has four criteria. A teacher should have a minimum of three years of teaching experience and should be currently teaching in classes eight, ten, and twelve. The teacher should not have any adverse records among others.

“We don’t have any preferences. Usually, for class ten we allow them to participate three consecutive times. After three years, we give the preference to the next. There are some exceptions, like in languages, in Dzongkha and English we require lots of teachers. So, we don’t go strictly with the criteria. So, they can be selected again or they can be selected even though they are not teaching classes eight, ten, and twelve,” said Sherab Gyeltshen, the Spokesperson of BCSEA.

He added that a teacher is selected more than three times only during times of shortage, especially for those teaching class 12.

“We give preference three times. But when there are lots of nominations from schools then we give a chance to only one teacher from one school. So, all schools get equal opportunities. If there are two senior teachers in the same school then we only give preference to one,” added BCSEA’s Spokesperson.

The evaluation for classes eight, ten, twelve and Language and Cultural Studies Certificate, began today in Gelephu. It will be carried out in three different schools in the district.

The results for classes eight and twelve are expected to be declared by the end of this month while for class ten, it will be next month.