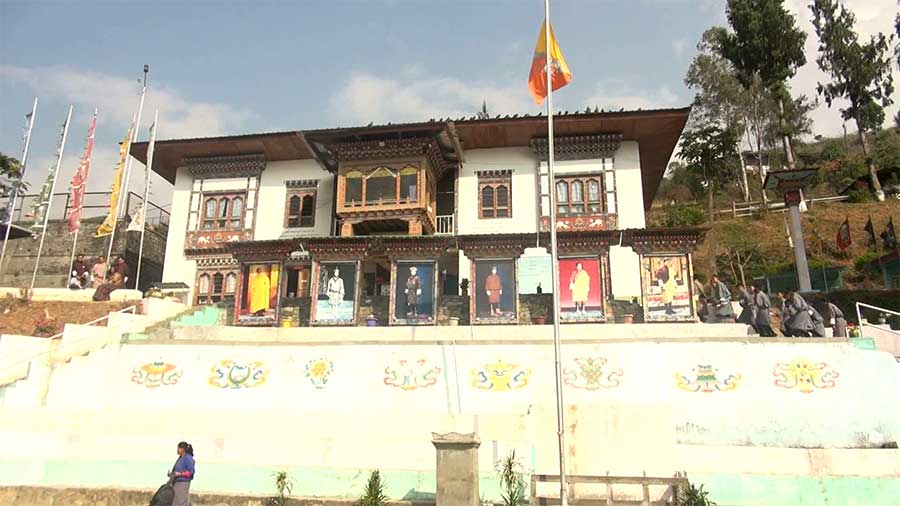 Without a higher secondary school, residents of Langthil Gewog have been sending their children to either Trongsa or Zhemgang for studies. Sending their children 50 kilometres away from the gewog has worried the parents. Concerned with the matter, the parents and the local leaders are requesting the district authorities to upgrade the Langthil Lower Secondary School.

The extension of the school assembly ground is under progress while the development of structures such as roads, streetlights and canopy among others was completed by the contributions from the community and school staff.

“After we acquire the private land and the Dungtsho office that is located at the school campus, the area would be large enough to construct buildings or any other necessary infrastructure for the school. Likewise, currently, we have only a small futsal ground for games and sports. So, we have identified and planned for a bigger football ground in case the school is upgraded to a higher secondary,” said Rinzin Wangchuk, Langthil Gup.

“All parents here are expecting and wishing for one higher secondary school so that they can keep their children with them under their care,” said Nima, Langthil Tshogpa.

“With many revamp activities carried out in the school, now I see the possibility to upgrade the school to a higher secondary school. Moreover, the school up-gradation will benefit two gewogs in the district. The students from Nabji, Korphu and Nimshong can come here and study,” said Sherub Wangdi, a resident.

However, the Chief District Education Officer said the upgradation looks unlikely as per the Education Policy. As per the policy, only two categories of schools – primary and secondary, will be allowed.

“As far as the ministry’s policy is concerned, hereafter, we will have two categories of schools which will be a primary and secondary school. The classes in primary school will range from pre-primary to sixth grade while in the secondary level, either from seventh grade to twelve or seventh to tenth or ninth to twelfth or just ninth and tenth grades,” said Tshewang Penjor, Chief District Education Officer in Trongsa.

Constructed in the 1970s, Langthil Lower Secondary School is one of the oldest schools in Trongsa. Today, about 350 students are studying in the school.