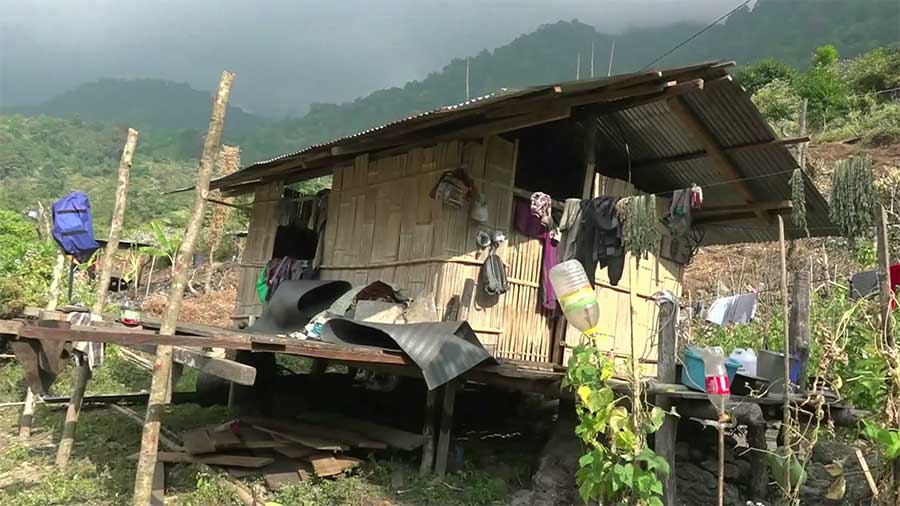 The heavy rainfall in the summer has left 11 families homeless at Martang chiwog of Dewathang Gewog in Samdrup Jongkhar. They are currently staying in makeshift shelters as the monsoon in June this year left their houses damaged. The Gewog administration is working out ways to relocate all 28 households of the chiwog to Namshiwoong as the area at Martang is not feasible for settlement. 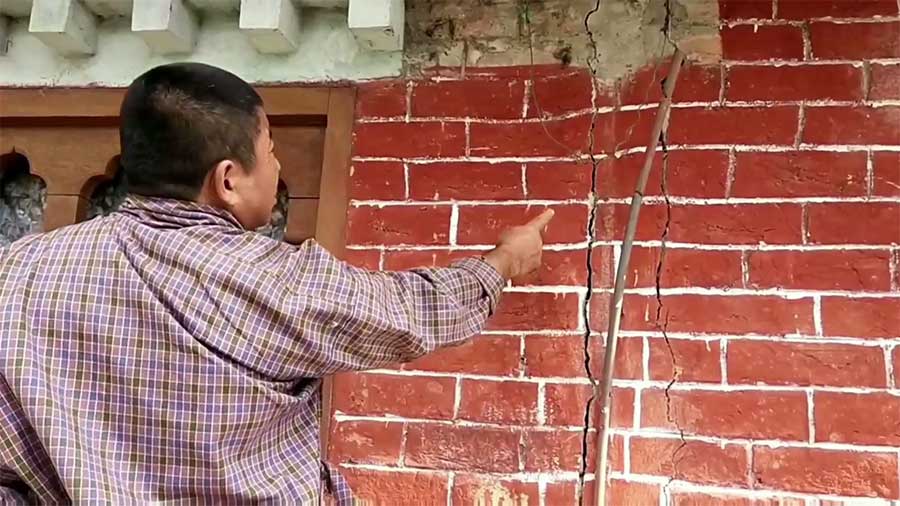 Shacha Zangpo from Martang chiwog shows the cracks on his two-storied home which was constructed five years ago. The cracks developed after the heavy rainfall in June this year. Shacha says the house developed cracks as the land started to sink following the heavy downpour.

“Starting from the wall to the floor, all the parts of the house have developed major cracks.”

Due to fear of the house collapsing in case there is a major disaster such as an earthquake, Shacha lives in a temporary makeshift shelter near the village.

“Although the house is not buried by a landslide it has sustained cracks. Therefore, I moved into the temporary shelter out of fear that it will get completely damaged. I stay here even during the dry season as I have electricity and also we never know when a major disaster such as an earthquake will hit us,” added Shacha.

Like Shacha, 10 other families have also moved to safer locations from their houses. They are all staying in temporary shelters.

“It is worrying to stay in the house as the land below and around it has developed cracks. There is every chance that the house could get washed away,” said Chumpe, a resident of Martang.

“The house was damaged by heavy rain and as a result, we are unable to live in it. It is difficult to stay in the temporary shelter,” said Ugyen Lhamo, another resident of Martang.

“Although the house did not suffer major damage, it is risky to stay there as the land has developed cracks,” said Sangay Dorji, a resident of Martang.

The villagers are now requesting land substitutes to resettle in safer places.

“If we get land in a safer area that will be nice, it is not safe here. We will be grateful if we get a safer place to resettle,” said Chumpe, another resident of Martang.

“We will not be able to live in the current location as the land developed cracks. It is difficult, especially during summer,” said Ugyen Lhamo.

The Dewathang Gewog Administration also found that the land at Martang chiwog is not suitable for settlement. The office has also identified a location are Namshiwoong to reallocate the 28 households of Martang chiwog.

“We are trying to reallocate, land has been already identified and we are working to obtain clearances from the forest and various departments. We are hopeful that within two to three months, we can obtain all the clearances and give a land substitute.  When we talk about resettlement, it is not just about providing land, we are working on all the amenities which may not come all together at once. First, we will take road development by December, and then we will work on water and electricity,” said Karma Dema, Dewathang Gup.

For now, it is not definite when the gewog administration would complete the works for resettlement.

As such the 11 households in Martang chiwog will have to stay in temporary shelters until they get land substitution in a safer place.