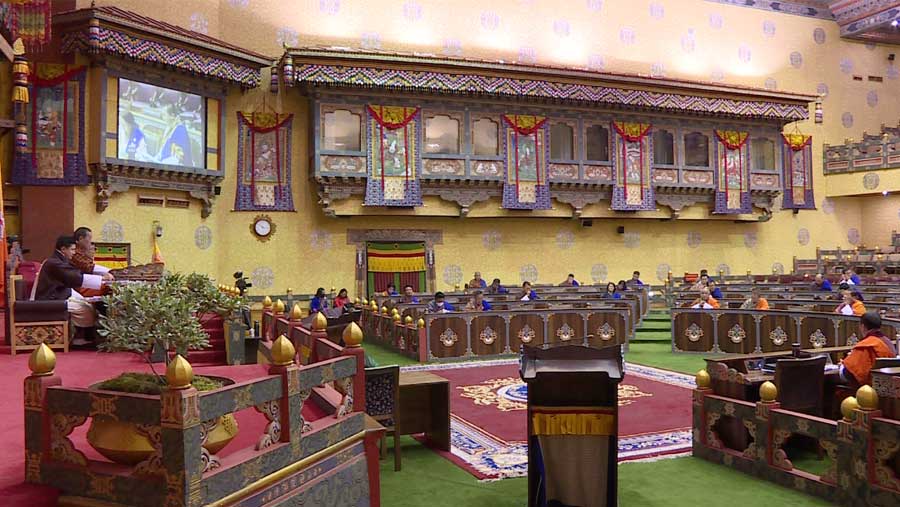 Introducing the motion, Kengkhar-Weringla’s Member of Parliament said the current amount is not enough to maintain GC roads. The Opposition Leader, Dorji Wangdi, who supported the motion said the local governments were forced to leave GC roads without maintenance due to an acute shortage of budget.

The Kengkhar-Weringla’s MP also moved the motion to hand over the maintenance of GC roads to the Department of Roads. The MP said the Gewog Administrations lack machinery and manpower to repair the roads on time.

“The government’s change in policy to return GC roads to gewogs has not served the intended purpose. Therefore, my motion basically recommends the government bring a policy change to put GC roads management under the DoR. And if the members feel the motion is not applicable, I also recommend the house to increase block grants to maintain GC roads,” said Kengkhar-Weringla’s MP Rinzin Jamtsho.

Some members said there are several reports of GC roads remaining without maintenance in many parts of the country.

“With limited budgets in hand, the gewog and district administrations are left in a state of helplessness when there are major road damages, especially during monsoon. For instance, one of the gewog center roads in my constituency was damaged last summer. Now with mandarin harvesting season just near, people of that gewog are attempting to repair the road by seeking donations in a WeChat group,” said Dewathang-Gomdar’s MP Ugyen Dorji.

“Despite limited budgets, respective gewogs have been doing their best to keep the GC roads in good condition. But with limited budgets, the gewogs are not able to carry out entire road repairing works at go. I feel repairing only a certain portion of roads time and again is just a wastage of budget,” added Garja Man Rai, MP of Sergithang-Tsirang Toed.

Works and Human Settlement Minister Dorji Tshering said the GC roads were handed over to respective gewogs following requests from the local governments. Lyonpo said many gewogs have expressed interest to take care of the GC roads even while the blacktopping works were ongoing. The minister added the issue of repairing the GC roads will be resolved once the Department of Surface Transport under the new Ministry of Infrastructure and Transport takes over the responsibility of looking after the roads.

“The new ministry will look after all national highways, GC roads and farm roads. The government could have considered the motion if it was moved some three-four years ago. But now we cannot support the motion since the issue of repairing and taking care of gewog centers roads will be addressed once the new ministry starts taking care of roads as a part of the country’s overall transformation.”