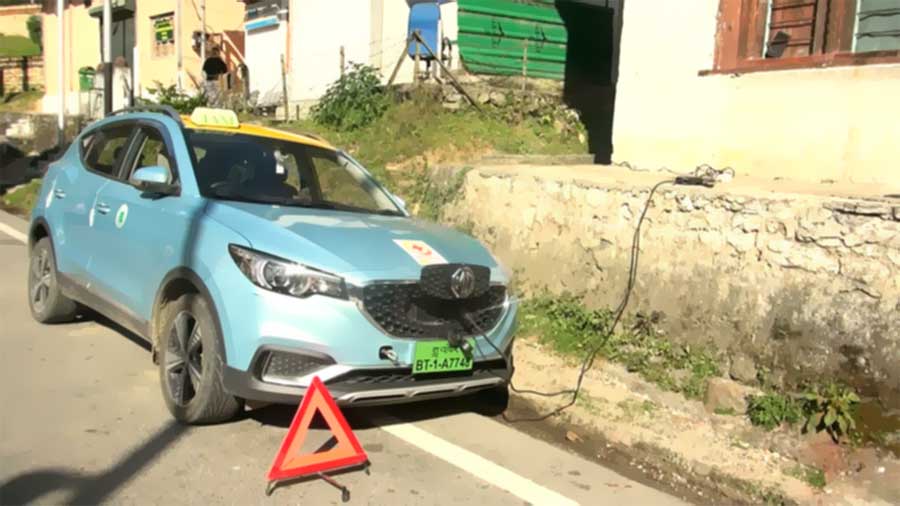 There is a need for a charging station for electric vehicles (EVs) in Trongsa. Without a proper charging point, the EVs in the district have to be charged at home which is inconvenient as well as time-consuming. Moreover, this is also discouraging interested people in Trongsa from buying electric vehicles.

According to Penjor, who got his EV taxi about six months ago, it takes about 12 hours to fully charge the batteries of his car. He says it takes longer if there are power outages.

“We charge our vehicles from the shops. The roads are narrow and there aren’t any parking spaces as well. We pay the shops for using their electricity,” said Penjor.

At present, there are only two EVs in Trongsa and both are taxis. And while there is interest from other cab drivers to switch to electric vehicles, the lack of a public charging station has held them back from doing so.

“We see many different electric vehicles in Thimphu and it makes us want to buy one too. But looking at the situation here, we are not very sure about doing so,” said Kinley, a cabbie.

But works to solve this problem seem to be already underway. As per the Road Safety and Transport Authority, a project to install charging stations in fourteen districts including Trongsa is in progress.

In the district, works to connect the identified site with power lines for the charging points were recently completed.

The Project has been scheduled to finish by the end of next month.