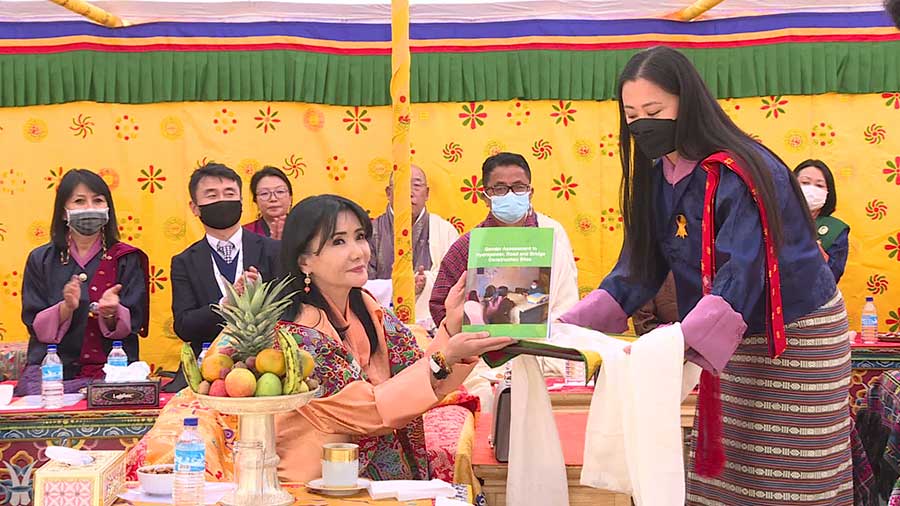 Women working in the construction sector are experiencing workplace incivility, bullying and sexual harassment. But not all the cases are being reported to the authorities. This, according to the Gender Assessment in Hydropower, Road and Bridge Construction Sites in Bhutan’s report, is due to fear of losing jobs. Her Majesty the Queen Mother Sangay Choden Wangchuck launched the report today coinciding with the International day for elimination of violence against women.

In the hydropower sector, the prevalence of sexual harassment was about 10 per cent. As per the report, 81 respondents including 46 men in the sector experienced workplace sexual harassment in the last three years. Of it, only two women and three men took up the matter with the authorities.

About 90 per cent of the respondents didn’t file a complaint. Similarly, in the road construction sector, of the eight individuals who experienced sexual harassment, none reported the matter to the authorities.

“We would like to really advocate and let people know that there is a prevalence and we need to have intervention put in place. Therefore, with this study it gives us an avenue really to advocate for the people for the upcoming construction sites that this kind of things should be addressed so this is the purpose of the study because we really like to have the interventions made with evidence-based,” said Ugyen Tshomo, Officiating Director of NCWC.

According to the report, most didn’t file a complaint because of indifferent responses from their supervisors and some considered the matter not grievous enough. Moreover, the report highlighted about the noticeable breach of the Labour Employment Act and Occupational Health and Safety regulations concerning working hours and lifting heavy loads.

The report recommends awareness programmes, implementing rules effectively and timely interventions among others.

“I believe that the program outlines going forward, it’s not just about women and girls, but we are also looking to work with boys and men to try to have behavioural change so that we can prevent gender-based violence from happening. I think that going forward, there is a whole community approach to stopping gender-based violence. And we know that women and girls do not enjoy the same human rights and freedoms as long as violence occurs. And for them to have economic prosperity, and opportunity, especially in the post covid economy, we need to create that space,” said Karla Robin Hershey, the UN Resident Coordinator.

At the event, Her Majesty the Queen Mother also launched an initiative to empower the Lunap community. This initiative includes creating awareness for the highlanders who will be in Punakha during winter. The Lunaps will receive health, education and social well-being packages through this initiative.

The country celebrated this year’s International day for Elimination of Violence against Women focusing on the importance of partnering with men and boys and the economic empowerment of women and girls to end violence against women.