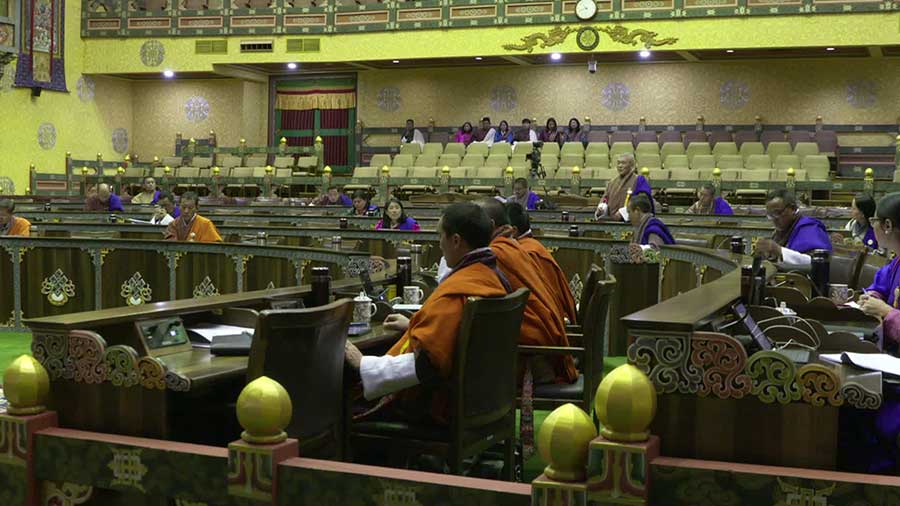 The discussion on the Civil Liability Bill has led to confusion among members of the National Assembly. The deliberations on the Bill today were cut short with the house breaking for a plenary session after most members said it was too complex and technical. The bill was deliberated and adopted by the National Council during the last session where it was submitted as a Private Member’s Bill. A Private Member’s Bill is a legislative bill introduced by any member of the parliament other than a minister.

The house continued its third reading on the Civil Liability Bill of Bhutan 2022 today. The Bill aims to help frame a comprehensive legal framework for civil liability to ensure accountability and provide compensation for any harm or injuries caused due to negligence or failure to perform a duty.

But the deliberations left most of the NA members with more questions. During the discussions yesterday, members shared the Bill lacks clarity and some even called for a deferment.

“For instance, if a person is injured by an electric pole due to negligence, obviously the Bhutan Power Corporation will be liable for it. But if another person meets a similar accident due to negligence by a private company, will the same liability be applied to that private company? Therefore, the bill lacks clarity in the Preamble itself,” said Opposition Leader, Dorji Wangdi.

“Some legal experts are of the view that the bill needs to be re-looked thoroughly once again. I couldn’t understand most of the sections despite my several attempts. Do we need to rush up for adoption if the bill is to benefit people and the country?” questioned Agriculture Minister, Yeshey Penjor.

“Why do we need to hurry up because many countries don’t have such laws as of today? If the bill is gets enacted as Act, it will be very complex. When I say this, I am not saying our lawyers are incapable. But sometimes such question lingers in my mind,” said Jurmi Wangchuk, Drukjeygang Tseza MP.

And it was the same atmosphere today with members stating the Bill is unclear.

“Even people like myself who have a Dzongkha background couldn’t understand the bill how much I read it. We cannot go into in-depth deliberation on the bill when we don’t understand much. If it gets passed, it has a risk of bringing disharmony among communities and even among family members instead,” said Karma Wangchuk, Chhumig Ura MP.

Without any fruitful deliberation, the Speaker called for the session to be shifted to a plenary meeting for in-depth discussion.

“If we are clueless at the beginning itself, how can we deliberate on the bill later? We will see what to do next after the plenary,” said Speaker Wangchuk Namgyel.

The house will continue its deliberation on the bill on Monday.