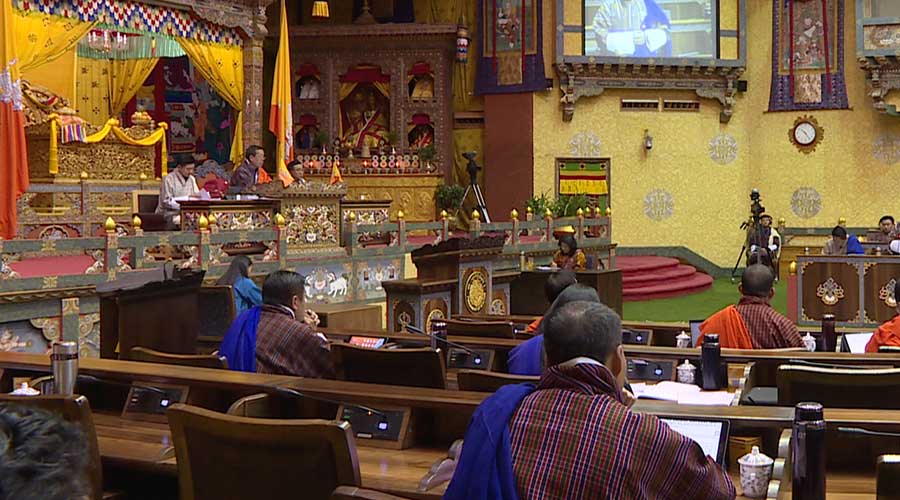 All civil servants, irrespective of levels or positions, will get a uniform carriage charge of Nu 40,000 during transfer and retirement. This is if the National Council adopts the Pay Structure Reform Bill without objecting to the National Assembly’s recommendations. The members of the National Assembly proposed this while deliberating the bill today.

According to the bill, position executive and above would get Nu 55,000. Position P1 to P5 and SS1 to SS4 would get 27,000. The position S1 and below would get Nu 15,000. The committee, yesterday, proposed to increase the amount of all positions.

But the members said it is important to keep the same amount for all regardless of position. The speaker, therefore, directed the committee to rework the recommendation and present it today.

“Yesterday, many members recommended making it the same for all. So, we have discussed and decided to make the same amount for all. Therefore, the transfer and retirement carriage allowance for all would be one truck. One truck is worth Nu 40,000, so this will be the new ceiling,” said Kinga Penjor, the Chairperson of the Economic and Finance Committee.

“The expenditure would be the same for everyone. But lower levels have bigger families. While going on transfer, all household items have to be carried as we cannot afford to buy all over again. Therefore, it will be better if we do not differentiate. Rather we should calculate an average and let it be the same for all irrespective of level,” said Tenzin, Khatoed-Laya MP.

“People of all levels will have their amount of household items. Transfer grants would be given in line with one’s salary, so this carriage allowance should be the same for all. Let everyone get a truck irrespective of levels,” said Loknath Sharma, Economic Affairs Minister.

The house unanimously voted in favour of the recommendation.

Meanwhile, the National Assembly completed the third reading of the Bill today and it will be tabled for adoption tomorrow.