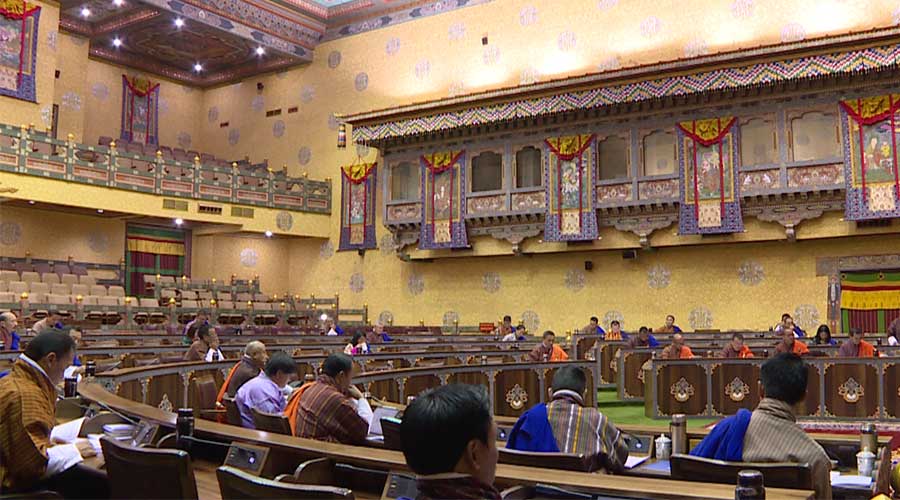 The Members of Parliament will also be getting designated duty vehicles if the Pay Structure Reform Bill of Bhutan is passed by both houses. The Economic and Finance Committee of the National Assembly proposed this recommendation which the House passed today.

The Pay Structure Reform Bill of Bhutan 2022 proposes that designated duty vehicles be entitled to position level EX3 and above until reviewed and rationalised by the government.

However, the Economic and Finance Committee proposed the same entitlement for all Members of Parliament. The Deputy Chairperson of the committee said if given a duty vehicle, they will do away with all the allowances including the Nu 1 M MPs get to purchase a vehicle.

But a few members were against the recommendation. Some even questioned the sustainability of procuring duty vehicles for all 58 MPs.

“There are about 90 designated duty vehicles. Now, after excluding cabinet ministers, and speaker, there are about 58 members. So, we will have to purchase 58 new vehicles. Therefore, I am not sure how sustainable it will be,” said Passang Dorji, Bartsham-Shongphu MP.

“If we give the lump sum amount, it will be about Nu 58 M altogether. Now if we go with the new recommendation and approximately calculate the rate of one vehicle at Nu 3 M, the amount will come to Nu 208 M just for purchasing 58 vehicles. But the actual cost would come even more than this because the rank of the MP is considered at par with the EX1 like secretaries and the secretaries are currently getting Fortuner,” said Dorji Wangdi, Opposition Leader.

However, some members still supported the committee’s recommendation. They said the vehicle can be used for 10 to 15 years.

“The expenditure would come heavy when the vehicles are bought at a go. But that vehicle can be used for 10 or 15 years. That way, if we calculate the cost, it would be similar. Moreover, it is always convenient to use the designated vehicle while on duty,” said Ugyen Wangdi, Dramedtse Ngatshang MP.

The house adopted the recommendation with a show of hands.

However, the members would not be getting driver allowance, and fuel and maintenance allowance as per sections 31 and 32. Similarly, the lump sum amount of Nu 1 M that MPs get for vehicle purchase which the bill proposed would be given monthly on a prorated basis is also revoked.

As per the bill, the entitlement will be valid until the government reviews and rationalises it.