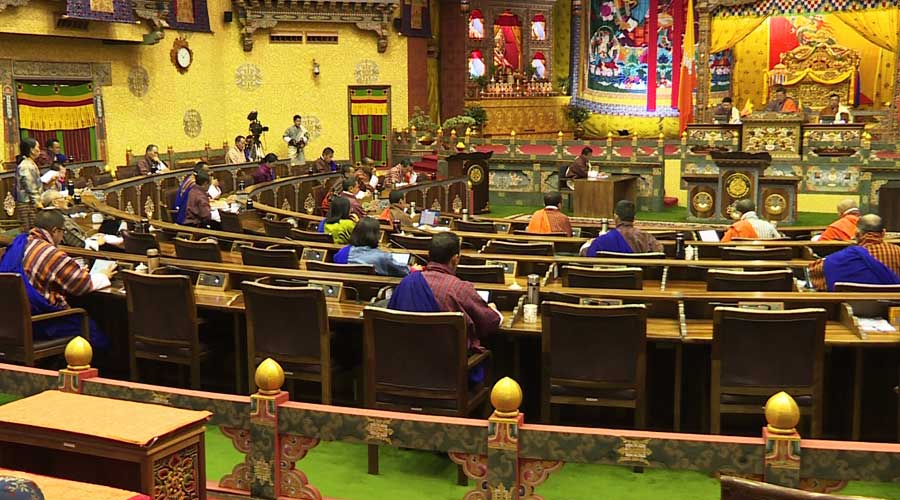 The National Assembly endorsed the government’s proposal of fixing property taxes at a uniform rate of 0.1 per cent on taxable value despite some members expressing concerns over the cascading effect of the imminent act on house rents. Some members of the Opposition suggested reducing the rate by half or more.

When the new property taxes come into force, a landowner in core Thimphu town along the Norzin Lam will have to pay around Nu 26,000 as land tax. The rate is Nu 2,175 up until now. This is an increase of almost 12 times.

However, taxes will differ from place to place depending upon the minimum basic infrastructure provided among others. Opposition members said starting at a lower rate would be better as the proposed 0.1 per cent would be hefty for taxpayers.

“I want to recommend the government to start at 0.075 per cent initially,” said Ugyen Wangdi, Dramedtse-Ngatshang MP.

“In rural areas, we should keep it at 0.05 per cent, half of what the government is proposing,” said Gyambo Tshering, Bardo-Trong MP.

Finance Minister Namgay Tshering said the tax rate of 0.1 per cent on the taxable value of properties is fixed after analysing rates in developed and developing countries around the world. He also said the contribution of property tax to total tax revenue is only 0.26 per cent as compared to 80 to 90 per cent in some other countries.

“We are following international best practices on property taxation where the rate is not too heavy for the taxpayers and one which would allow the government to implement it smoothly. That’s why we kept the rate at 0.1 per cent which is one of the lowest not only in the region but also in the world. As the taxes have to be paid according to the value of the land accorded, there is no need to fix a separate rate for rural and urban lands. The value of the land itself will do justice to the people,” said Finance Minister, Namgay Tshering.

Building taxes in rural areas will see a big concession, however, those in urban centres will surge due to higher valuation and rental income. Members said this could lead to building owners increasing rent.

“All the civil servants and shopkeepers living in rented apartments will bear the brunt of this Act if house rent shoots up,” said Rinzin Jamtsho, Kengkhar-Weringla MP.

The Finance Minister said house owners wouldn’t be able to increase rent to their liking, as higher rental income would mean higher taxes.

“As the building tax is proportional to the rental income, if building owners increase the rent, they will have to pay more taxes while filing their Personal Income Tax. However, the building owners shouldn’t be paying the price for the new taxes. So they will get a deduction on the rental income while filing their PIT as deductible expenses,” said Namgay Tshering, Finance Minister.

The house after a lengthy deliberation over the last two days endorsed a new property tax rate of 0.1 per cent of the taxable value of properties as proposed by the government.

The house also agreed to impose an additional charge of 15 per cent on the amount of land tax if the land in urban areas remains vacant two years after urban services have been provided.

The house will continue deliberations on the remaining sections of the bill on Monday.