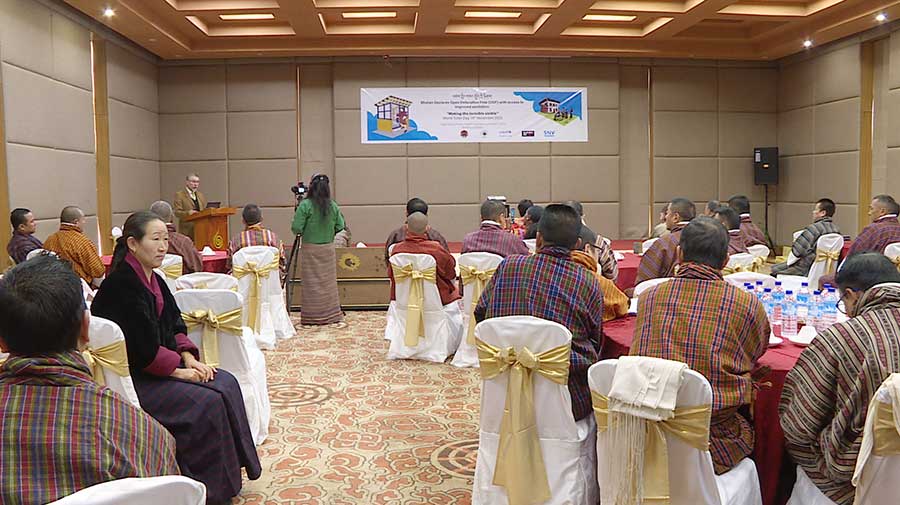 Bhutan is an Open Defecation Free country now. Health Minister Dechen Wangmo declared the status while observing World Toilet Day in the capital today. It means all homes and families across the country now have access to improved toilets and sanitation. 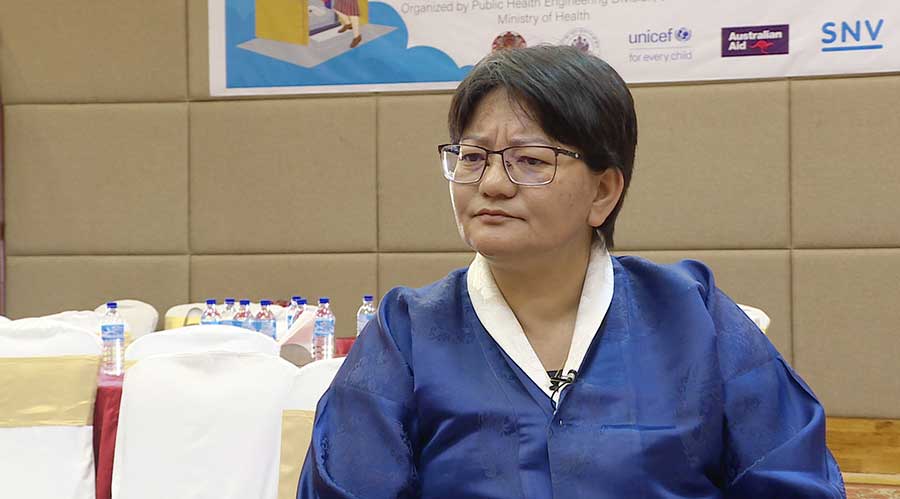 “Thirty years ago, His Majesty the Fourth Druk Gyalpo issued a decree to have a latrine in each house. Seven years ago, the Ministry of Health instituted a dedication program to look at sanitation. Yet in 2020, we realised that the coverage was only 50 per cent,” said the Health Minister.

Taking inspiration from His Majesty, we pledged that within two years, we wanted to make Bhutan ODF with improved access to sanitation. All our facilities must be under the category of improved sanitation. And today we are very happy that we can achieve this in a very short period with the collective effort of everyone,” added the Health Minister.

The ministry first started the work in 2008. UNICEF and SNV have assisted the ministry in implementing the programs.

“Right from their Majesties the two Kings’ support to make this happen all across the villages, every level of the government and the communities have been involved in making sure that every household has access to pour flush toilet and it’s tremendous. It is done over three decades and particularly to be congratulated on the speed to which over the past five years of the progress which has been achieved. Despite the pandemic, the country has reached the last mile of this open-defecation-free campaign. I am just thrilled for Bhutan,” said Dr Will Parks, UNICEF Bhutan Representative.

“For Bhutan, it’s a really big achievement due to the strong leadership and vision that has managed to bring everyone together. The importance of achieving 100 per cent improved sanitation means that every household has access to the toilet which benefits health and dignity but also it’s a human right to have access to sanitation and hygiene. My sincere gratitude and appreciation and congratulations to the national program” said Gabrielle Halcrow, Regional Programme Manager of SNV Bhutan.

“Last year we had around 98 per cent toilet coverage in Sarpang. We had only two per cent. There were less than 40 households and we have focused on those specific households to motivate and encourage them to have toilet facilities,” said Lobzang Dorji, Sarpang Dzongda.

“Zhemgang is a remote district and the people are poor. During the campaign, we assisted those who could not afford to construct toilets.  We faced challenges like transporting the materials to the sites. Despite it all, we were able to create awareness of owning a decent toilet,” said Wangyel, Dzongkhag Tshogdu Chairperson of Zhemgang.

“Achieving the last 98 households was a challenge. Owing to their economic status people don’t have a good house to live in, and thinking of the toilet is another layer. With the help of the local government and the business people, we could achieve this,” said Lobzang Tshering, District Health Officer, Trashigang.

The minister said the ministry also plans to construct climate-resilient toilets using modern technologies to improve sanitation facilities in the country. The minister added the facility will be made inclusive of the elderly and people living with disabilities.

“To begin with for an inclusive toilet, we have already started the program with support from WHO to make our toilet in the health facilities inclusive which means access to the people who are differently abled. It has already started and we will scale up this in the coming years and we hope that our partners will take on the responsibility of making inclusive toilets in public places as well,” said the Health Minister.

According to the World Health Organisation, every year, more than 800,000 people across the world die because of diarrhoea which is caused by poor sanitation and hygiene practices.