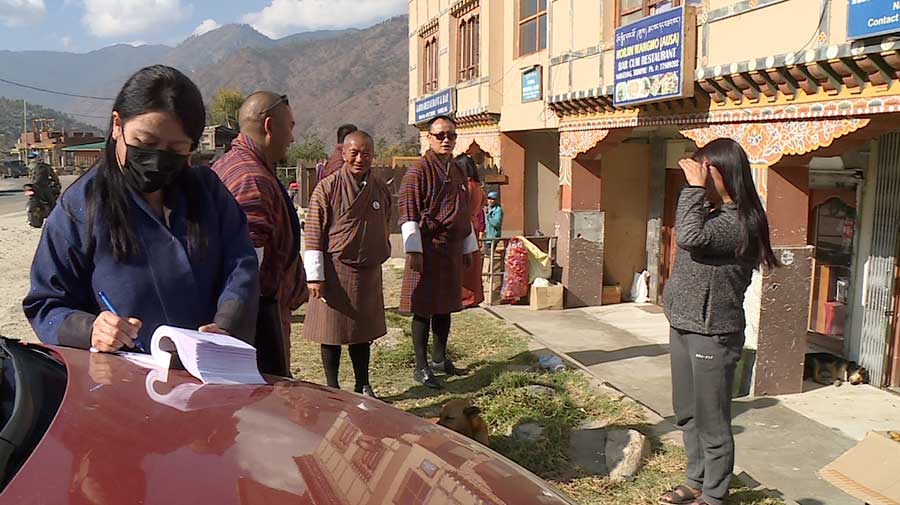 The National Environment Commission has started imposing fines in Thimphu for waste-related offences. The commission penalised more than 150 people, including residents and shopkeepers, today. It is only the beginning, the penalty will get tougher with the revised penalties. The revised Waste Offense and Fine Schedule would see a sharp increase in fines.

The National Environment Commission in collaboration with the Thromde and Thimphu Dzongkhag started inspecting the core town area and areas along the highway from the welcome gate to Khasadrapchu. In the core town area, more than 70 individuals were penalized for littering in public places, and waste being found within a boundary of a household or building unit among others. 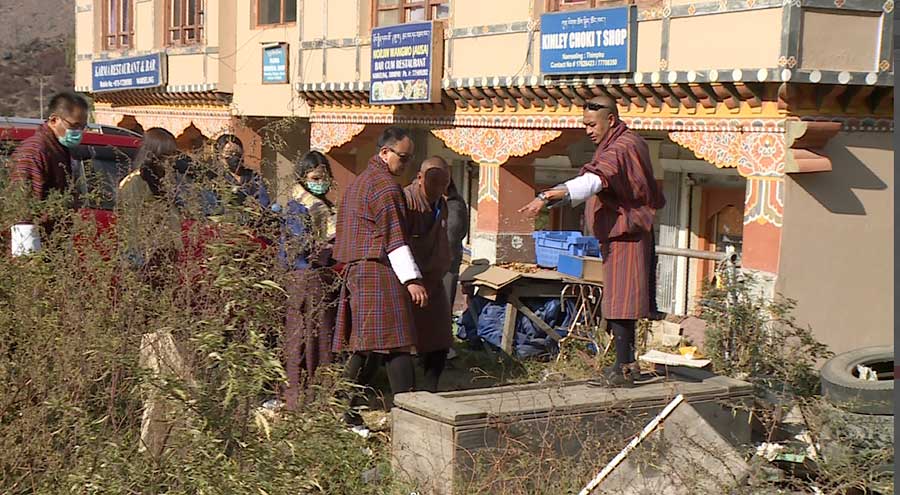 Similarly, more than 80 shopkeepers and residents residing along the highway were penalized after inspecting the areas.

“We have actually done enough cleaning campaigns and educational awareness. And still, we see people carelessly not taking care of their waste. You drive along the highways and can see lots of waste, so it is high time we start monitoring and enforcing. This penalty was there from 2009 and 2012 but the enforcement part was not really happening. But now with the increasing problem, we have started today,” said Thinley Dorji, the Chief Environment Officer with the NEC.

Aside from imposing penalties, the officials created awareness among people on waste management and revised penalties. People were also introduced to the ZW Bhutan App. The app developed by the commission allows people to report littering and illegal dumping incidences.

Residents raised their concerns about managing waste. They said they need the service of waste pickup trucks.

“People who drive and walk along the road throw waste and litter the places. If they dump waste in the daytime, we can report it as instructed by the officials but most dump it at night which is why it is difficult to track them. It is our duty to clean our areas, but at the same time, we would be grateful if the government can help with waste collection vehicles. After cleaning, there is no vehicle collecting the waste and dogs litter it again,” said Tandin Nidup, a Resident of Namseling in Thimphu.

“There are not enough trucks to pick up the waste and also infrastructures to store wastes. We have been requesting the gewog for the vehicle. So when no trucks come to collect waste, people throw their waste below the roads,” added Tshewang Rinzin, a Shopkeeper in Khasadrapchu. 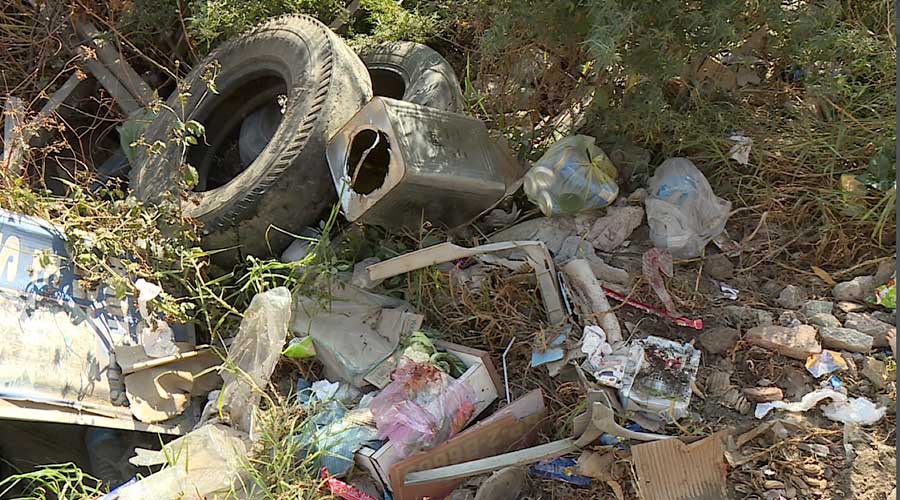 “The waste issue is very serious and genuine. Even if we clean and collect waste, we are having challenges with dumping. Although there are two trucks from the dzongkhag for waste collection, I think it is not enough as the gewog is big with a higher population,” said Phurba, the Sisina Tshogpa in Mewang Gewog.

Officials said the Waste Management Committee in collaboration with relevant agencies would look into the matter and try to solve these issues soon.

While the penalty today was minimal in accordance with the old regulation, officials said after a few weeks, the newly increased penalty will be imposed.

This the officials said is to create awareness and give time for people to understand the regulations. With the revision, the amount of fines increases every time an offender repeats. For example, earlier, the penalty for failing to clean the area after organizing a program was just Nu 5,000. Now, it is Nu 20,000 for first-time offenders and goes up to Nu 60,000 if repeated. The penalty would also include naming and shaming of the entities.