Banks swamped with applications and inquiries as education loan resumes 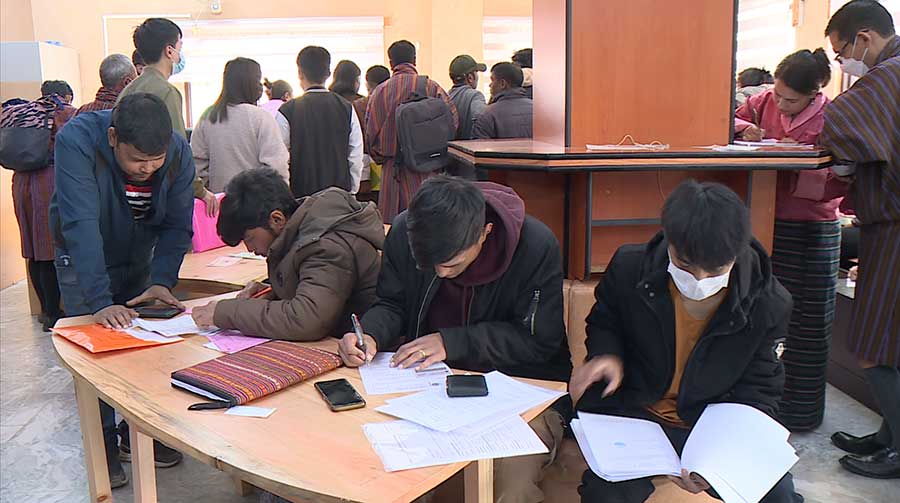 Students wishing to study abroad, especially in Australia are elated with the news of the Royal Monetary Authority allowing commercial banks to provide education loans. RMA issued the news release on Saturday. The Central Bank had previously directed Tashi Bank and Druk Punjab National Bank to suspend issuing education loans as the banks exceeded the ceiling.

Tshering Dorji is one of the applicants wishing to avail of the loan to fund his study in Australia. He wants to pursue Bachelor in Hospitality Management in Perth.

The 23-year-old has already received an offer letter. But couldn’t continue to process further after the banks suspended education loans.

“After receiving an offer letter, I have seen most of them waiting for loans to process for Visa. They have many plans to earn their living and help the country through different possible means. With help from the government, we are getting an opportunity. Otherwise, our dreams would not be achieved. So, we are very grateful.” 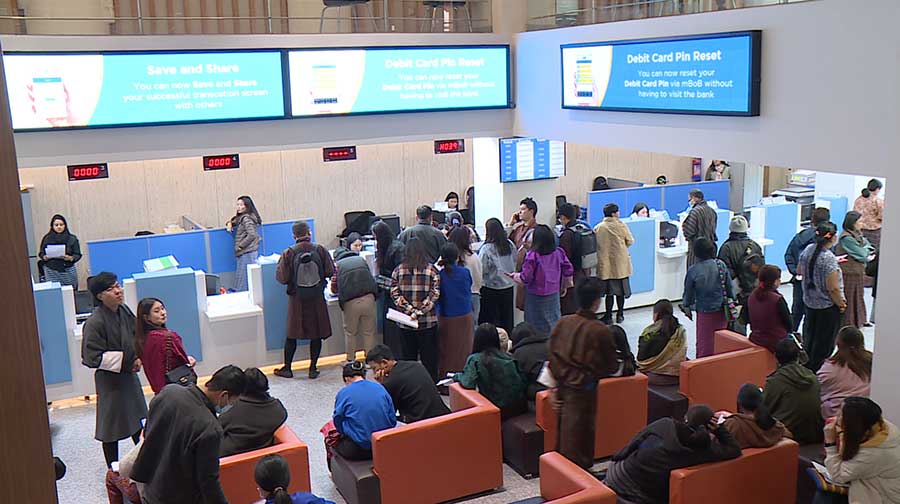 Like Tshering, hundreds of students who have been waiting for the education loan to resume have started visiting the banks today for inquiries and application processes.

The amount, according to the news release will cover the Visa Fee, Tuition fee, and living expenses for overseas studies.

Not only the students, but their parents have also expressed happiness after the central bank allowed the commercial banks to provide loans.

“We are grateful to the government for issuing the loans. The applicants are struggling without any source of funds. We do not have such a huge amount,” said Kuenzang, a parent.

While other banks could not be contacted, Bhutan National Bank Limited and the Druk PNB have started receiving and verifying applications.

The BNB alone, from the bank’s extension office located at the Multi-level car parking II near the Thimphu Thromde office, has received more than 400 applications and inquiries today.

“We have started receiving applications today morning after receiving the directives from RMA. Our Credit Heads and deputies have communicated immediately to our branches. I have also contacted Thimphu’s branch Head, as Thimphu has the largest concentration. We will not face problems. We have started and are already on the job. We are trying to smoothen the process and trying to help whoever wants to go to Australia,” said Sumesh Kumar, the CEO of Druk Punjab National Bank.

Druk PNB and Tashi Bank were the only two commercial banks that provided education loans until now. They stopped providing the loan product in November after reaching the 5 per cent exposure limit of the total credit ceiling.