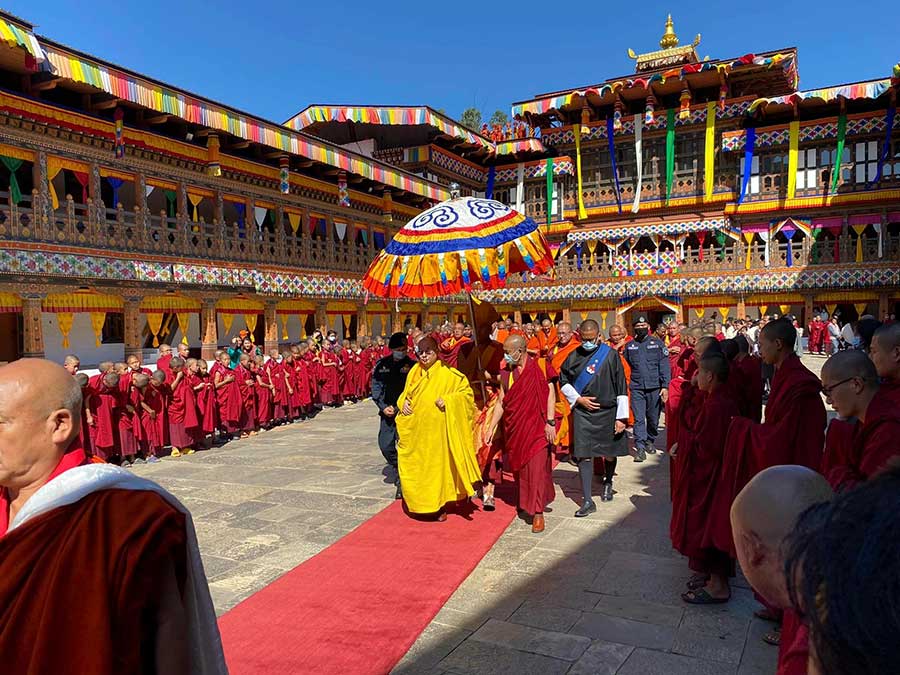 His Holiness also consecrated a Guru Tshengey Thongdroel at the dzong’s courtyard. The new dzong has a number of amenities including a seismic resilience system, firefighting equipment and an underground escape tunnel for emergencies.

The Wangdue Dzong was damaged by a major fire incident in 2012 and works to reconstruct it began in 2014.