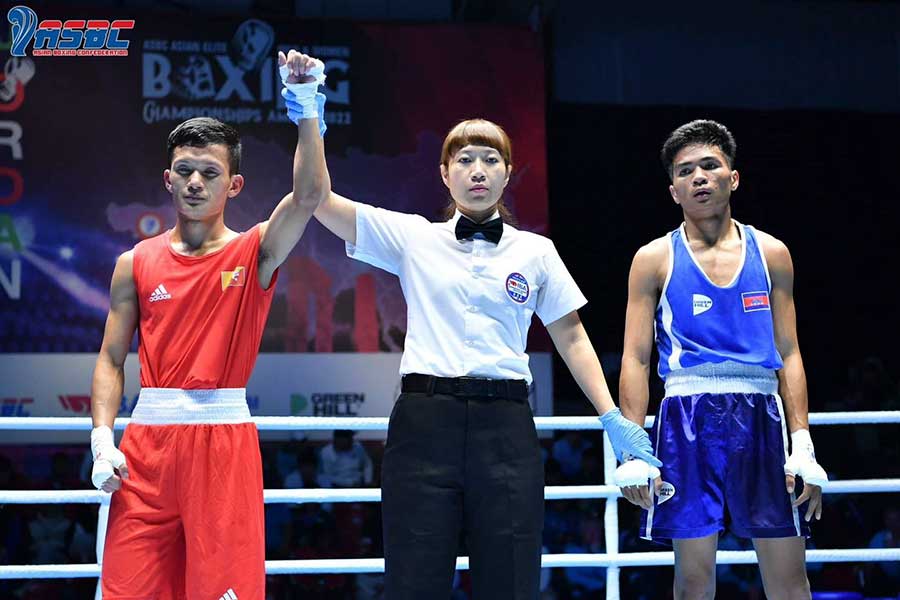 At the ongoing Asian Elite Boxing Championship in Jordan, Tenzin Drugyel defeated Cambodia’s Nov Sokty in the men’s flyweight category yesterday. He reached the quarterfinals which began today and will go on until Monday.

In tonight’s match, he will be fighting against Hasanboy Dusmatov from Uzbekistan, who is the Rio Olympics champion and bagged the Asian elite gold medals in 2015 and 2017.

Four boxers from Bhutan participated in the championship. However, except for Tenzin Drugyel, the rest were eliminated.

Boxers from 27 countries are taking part in the championship.