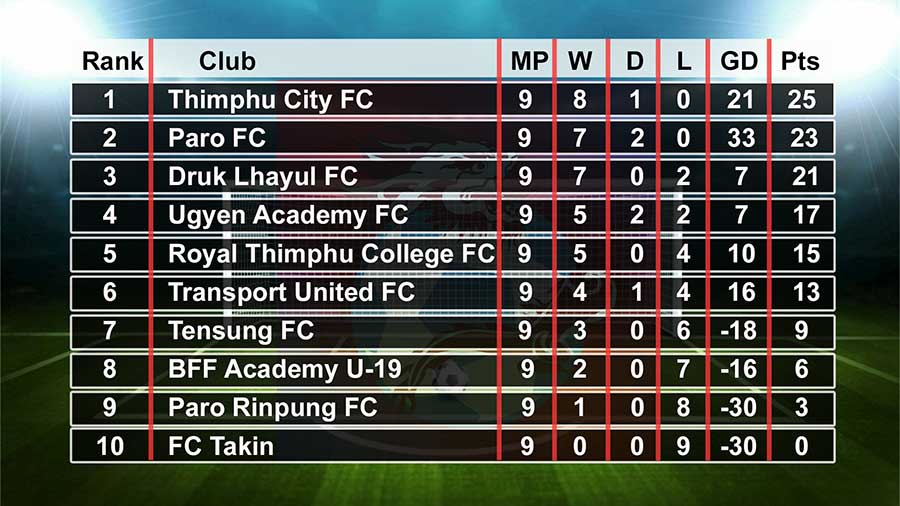 The ongoing BOB Bhutan Premier League has reached mid-way of the season. The last match of the season’s first half was played yesterday between RTC FC and Ugyen Academy FC. Thimphu City FC sit top of the league as of now followed by Paro FC.

RTC took the lead with a goal from Sherub Dorji in the 38th minute. The first half ended with RTC FC holding on to their lead. But UA FC equalized in the 76th minute through a strike from Karma Chetrim and then in the dying minutes, Dilip Gurung scored the winning goal.

The three points put UA in the fourth position with 17 points. Thimphu City FC are currently the league leaders with 25 points. They have eight wins and a draw and have yet to lose in the league.

Paro FC, who have also yet to face defeat, are second with 23 points. And in third place are Druk Lhayul FC with 21 points.

The next match will be played tomorrow between BFF Academy and DrukLhayul FC.