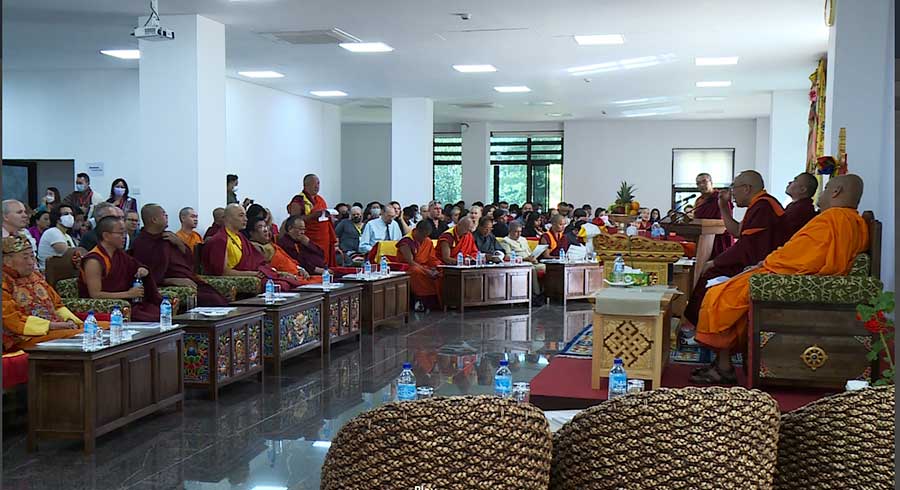 Over the past two years, the global coronavirus pandemic has changed the world in a way that was utterly unexpected. And through these trying times, Buddhism has also evolved as such that its philosophy and practices can actively contribute to global wellbeing and transformation. Therefore, to examine how Vajrayana Buddhism continues to adapt to the modern world, an international conference gets underway in the capital.

Themed “Modernity in Buddhism,” the 4th international conference, which began this morning is being attended by over 300 participants from more than 35 countries. They are spiritual personalities, academicians, scientific researchers, and independent scholars.

According to one of the organisers of the conference, the Centre for Bhutan and GNH Studies (CBS), such a Buddhism congregation will empower participants with Buddhist perspectives in shaping economics, environment, food, technology, ethics, social organisations and politics.

The conference will cover various topics including Buddhism in the digital age, Vajrayana and modernity, Women in Vajrayana, and its relevancy in day-to-day life.

There will also be discussions on Vajrayana’s skilful techniques, Buddhism’s social contributions and core concepts, and the evolution of Vajrayana forms of Buddhism among others.

“When we say word Vajrayana, it is very sacred and Buddha himself told through Samaya Tantra that if you practice Vajrayana teachings, you can attend enlightenment in a short period of time,” explains, Sangay Khandu, the Tshogki Lopen of the Central Monastic Body.

The four-day long international conference is being organised by the CBS and the Central Monastic Body in collaboration with the International Buddhist Confederation based in India.