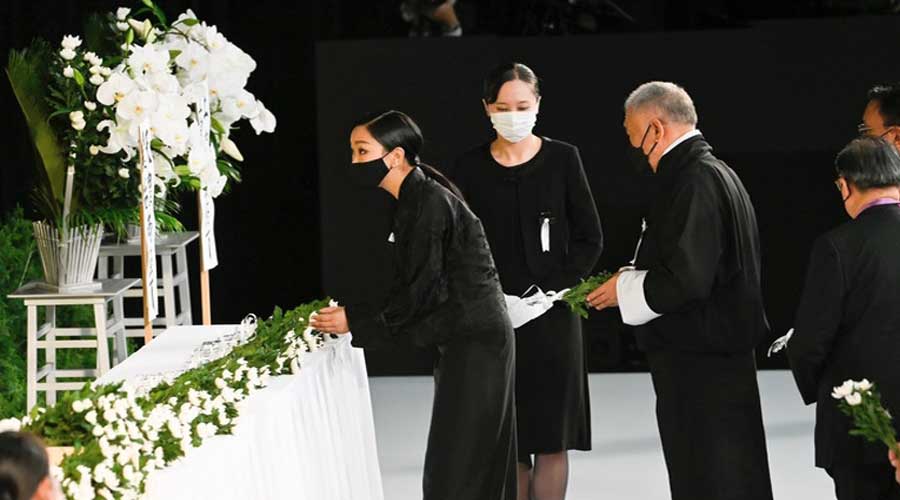 During the State Funeral, Her Royal Highness took part in the memorial service, offered prayers and respects, and placed a white Chrysanthemum flower at the memorial altar of the late Prime Minister as per the Japanese tradition.