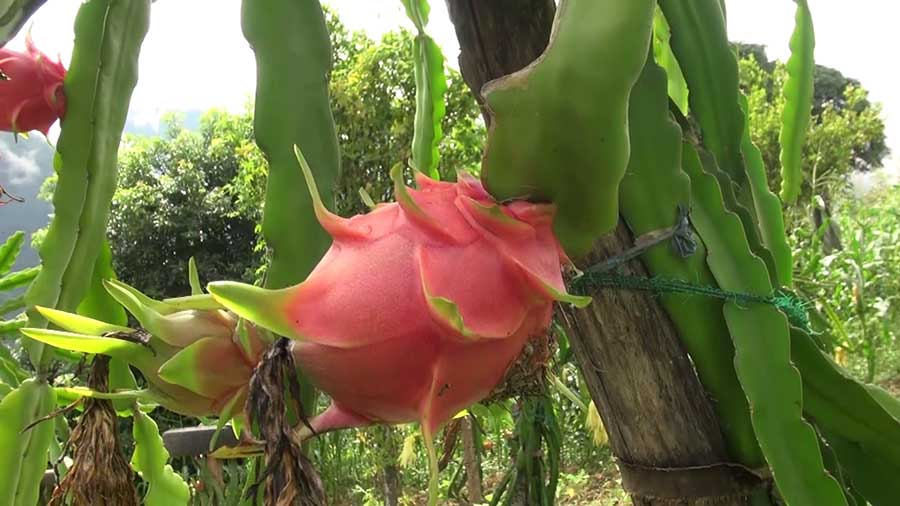 Growing Dragon fruit which began as a relatively new practice for farmers is gradually becoming more popular in some parts of the country. In Pema Gatshel, a trained farmer is now planning to grow the fruit on a larger scale after realizing there is a good business prospect in cultivating the fruit. Dragon fruit is regarded as a healthy food with high vitamin C, fibres and antioxidants. 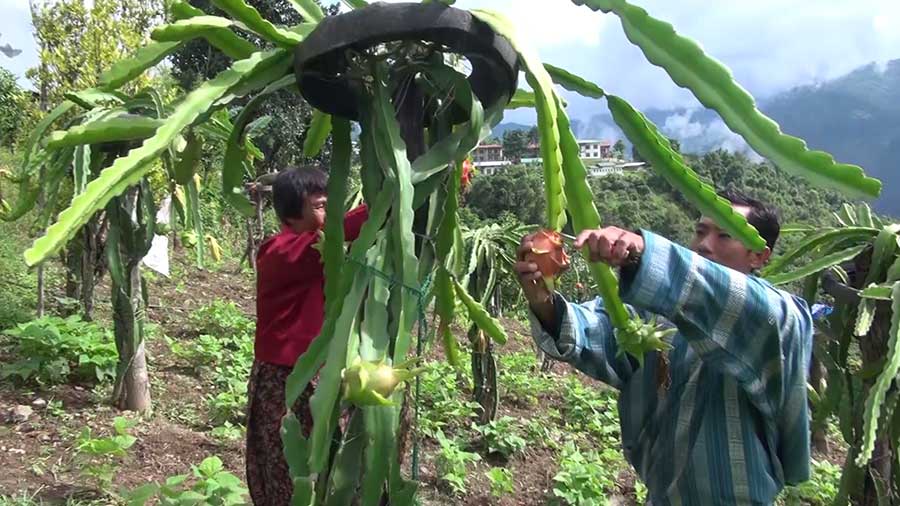 Thirty-three-year-old Ugyen Chophel from Nangkor village in Shumar Gewog is among the first few farmers in Pema Gatshel to try their hands at growing dragon fruit two years ago, on a pilot basis.

Although Ugyen cultivates other crops including vegetables, the focus has now shifted more towards growing dragon fruit. And rightly so. Unlike other fruits, dragon fruit has a long harvest period, from August to October. The fruit has a good shelf life. And each plant, on average, gives about 20 kilograms of fruit.

With only five households growing the fruit in the district today, there is no dearth of customers for Ugyen.

“There are a lot of plus points in growing this fruit. We can harvest the fruit up to five times every season. Moreover, I didn’t face any problems in selling the fruit. Instead, I am unable to meet the demand currently,” he said.

Considering the economic potential, the agriculture ministry started providing saplings to trained farmers in 2017. The pink type is the only variety released in the country for now.

As a member of the cactus family, Dragon fruit has a high tolerance to drought and is known to thrive well in poor soil.

Aware of all these facts, Ugyen started raising saplings to expand his orchard.

“There is no problem in marketing the fruit. So, I started raising these saplings to expand my orchard. It doesn’t require any extra effort. All that the plant need is a post to climb.”

Ugyen harvested more than 50 kilograms of fruit so far, this season, from 50 plants. He sells the fruit within the village and to the staff of Nangkor Central School. A kilogram of the fruit earns him Nu 300.