About 30 tourists paying the revised SDF arrive in the country 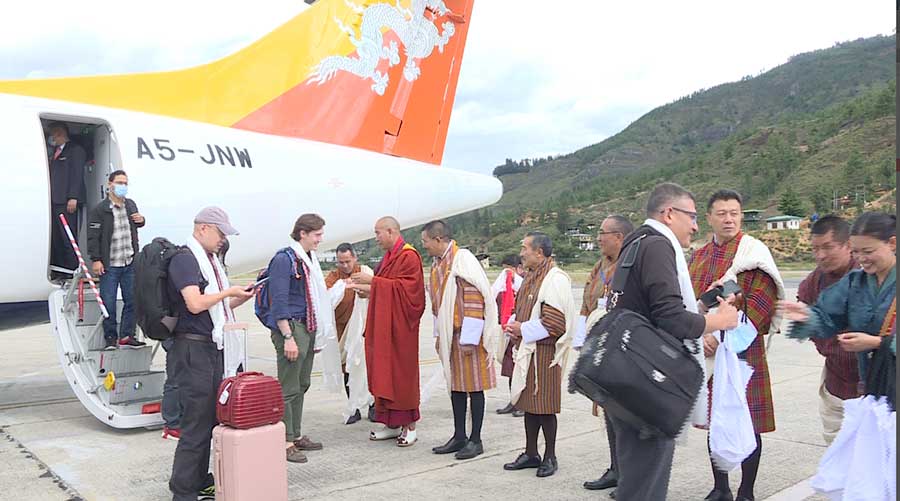 As the country reopens its borders today, about 30 tourists paying the revised Sustainable Development Fee of 200 USD arrived at the Paro International Airport. They are among the more than 90 tourists. The rest are on the old SDF of 65 USD.

Soon after the landing of the first flight of the day, the passengers were given a glimpse of Bhutanese hospitality. A grand reception by the Tourism Council of Bhutan was followed by the distribution of souvenirs, and refreshments. 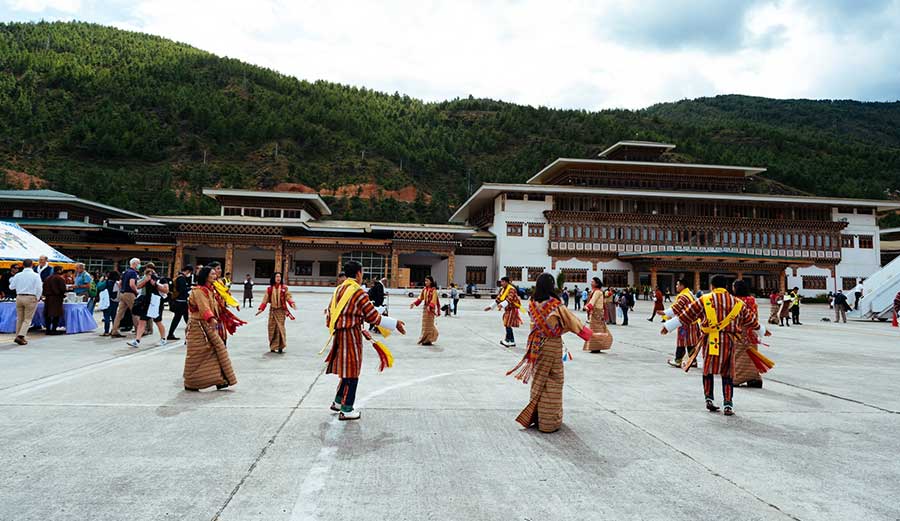 There were four flights to Paro today. All the passengers were given grand receptions.

The incoming travellers will no longer have to follow the strict procedures implemented during the COVID-19 pandemic.

Only about one-third of the tourists who arrived today was on the revised SDF.

“Many had planned their travel to Bhutan before the pandemic. We closed our border gates to tourists in 2020. But the government said that we should allow them to come on the old SDF as they have already planned and even made payments. So, there are about 14,000 tourists on the old SDF,” said Dorji Dradrul, the Director General of the TCB.

However, this group of tourists will have to visit Bhutan by the end of next year.

Speaking to BBS, a few foreigners said the revised Sustainable Development Fee did not stop their dream of visiting Bhutan.

“I actually feel okay with it. I think I am blessed because I can afford it,” said Flynn Paulson, a Tourist from the US.

“We wanted to visit Bhutan and I think it was about five years ago when I was planning. But the pandemic came and our plans were postponed. Until now, we have been in touch with one of the agencies here,” said Kuba and Ola, from Poland.

While it is too soon to say how the new tourism policy will take forward the industry, there is reassurance that the revised SDF will not hold back people who really want to visit the country.