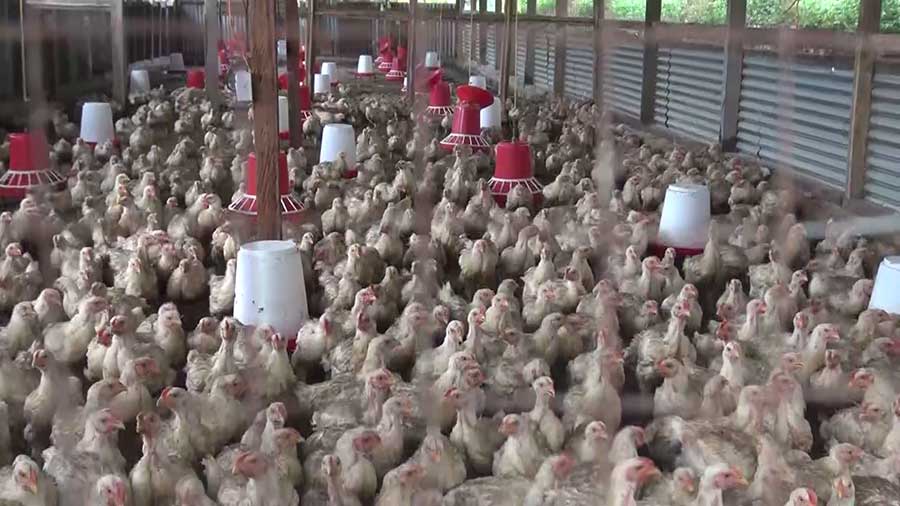 After hearing of success stories of broiler farms from the neighbouring districts, a farmer in Pema Gatshel has started his broiler farm. It is the first broiler farm in the district. The owner Ngawang Tshering said he hopes to minimise the import of chicken in the locality. A broiler farm is one where chickens are raised for their meat.

53-year-old Ngawang Tshering from Borangmo village in Norbugang Gewog has about 1,300 chickens on his farm. He started the farm last month and bought the chicks from Sarpang.

“As a farmer, we have no option but to run such farms. I have many children to look after. His Majesty has granted land kidu to us. And today I started a farm expecting that I can earn some income,” said Ngawang Tshering.

The chickens have matured and will be sold next week. For now, Ngawang is targeting the local market in Nganglam Dungkhag.

He says he faced some challenges initially while establishing the farm, but gained valuable experience.

He said “I am venturing into this kind of farming for the first time and it was quite difficult to manage. The day-old chicks need special care. Almost 300 chicks died.”

Ngawang is planning to construct more coops to accommodate about 2,000 chickens. Ngawang spent more than Nu 500,000 to set up the farm.