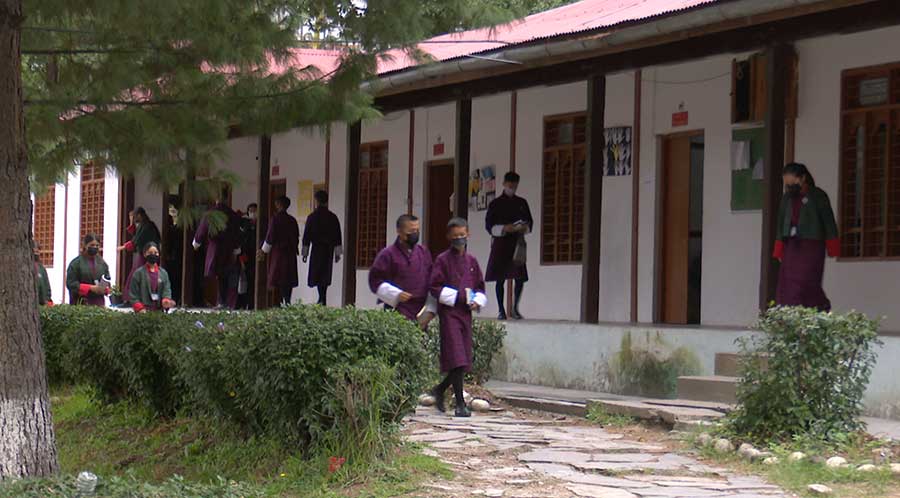 One of the schools in the capital has taken a collaborative partnership with parents to tackle the rising incidences of youth in conflict with the law. To reinforce significant parent involvement the school has signed an agreement with the parents. The agreement requires parents to pick up and drop off their children on time and learn their child’s whereabouts, activities and friends among others.

Research has shown the positive effects of schools and parents working hand-in-hand to support and encourage children’s learning and development. Likewise, Yangchenphug Higher Secondary School in Thimphu has initiated a parent-school partnership as a preventive measure to reduce youth crimes. 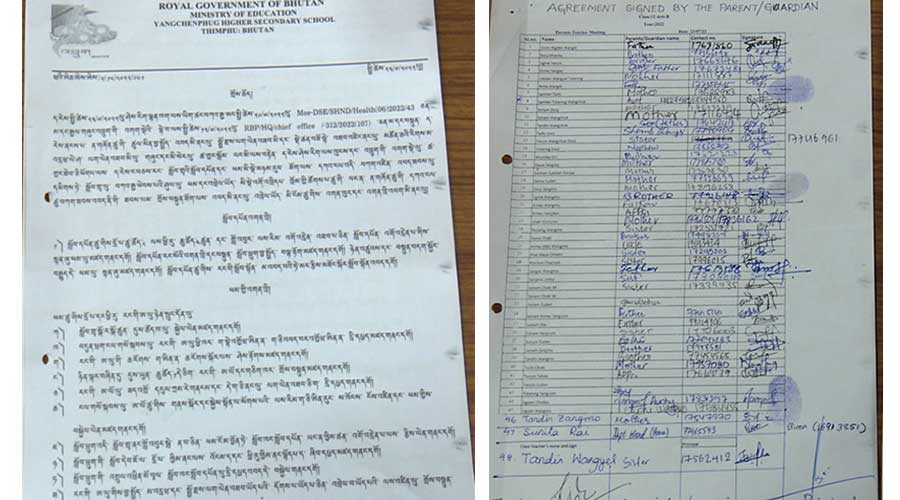 The partnership which requires parents to sign the agreement ensures that the children are engaged and supported meaningfully.

Spending at least an hour of quality time with their children and checking their bags when they return home among others are some of the requirements of the agreement.

And since the adoption of the initiative this year, the school hasn’t received a single case of youth in conflict with the law.

“Bullying and cyberbullying are becoming widespread. But we have been educating our students on this and we haven’t received a single case. We also have been educating and informing our children on the stern laws and punishments through the partnership initiative,” said Yesh B Ghaley, the Principal of YHSS.

The country reported more than 1,700 cases of youth-related crimes as of July this year. And this according to people is a cause of worry.

“After being intoxicated with alcohol and drugs, they end up fighting. And this worries parents like me. And when this happens, they cannot focus on their studies,” said Passang, a parent in Thimphu.

“As a parent, I have been advising my children on the good and bad things. But they don’t listen to us anymore when they grow up,” said Pema, another parent.

“Substance abuse-related issue has become a huge problem. It has become dangerous to go visit the hospital or the town. We have to be constantly worried about being mugged,” said Sonam Wangmo, a shopkeeper in Thimphu.

“There are some young people who get intoxicated and get into the taxi and start abusing us,” said Kuenzang Wangdi, a taxi driver in Thimphu.

Meanwhile, a few of the people BBS talked to said unemployment problems, family conditions and poverty among others could be some of the contributing factors to rising incidences of youth in conflict with the law.

“When one has no job and no house to live in, going ahead becomes tougher. And this results in a lot of problems for a person going through this. And when one has nothing to do, one is more likely to get into troubles like falling prey to substance abuse and alcohol,” said Lham Nidup, a graduate.

“Children end up taking the wrong path when parents don’t have time for their children and when teachers don’t guide and mentor them properly,” said Tshering Wangchuk, a former teacher.

With youth coming in conflict with the law on the rise, the Royal Bhutan Police also decided to go the extra mile. Henceforth, RBP will ensure that anyone who commits a crime including a juvenile will be dealt with as per the law.

“Youth these days are ready to fight and kill anywhere and anytime. If we find someone doing this, we will take the person to prison right away and punish them as per the law,” said Col. Passang Dorji, Deputy Chief of Crime and Operations Division under RBP.

And while the relevant stakeholders and agencies come up with measures to decrease youth crime, for how long is a question yet to be answered.