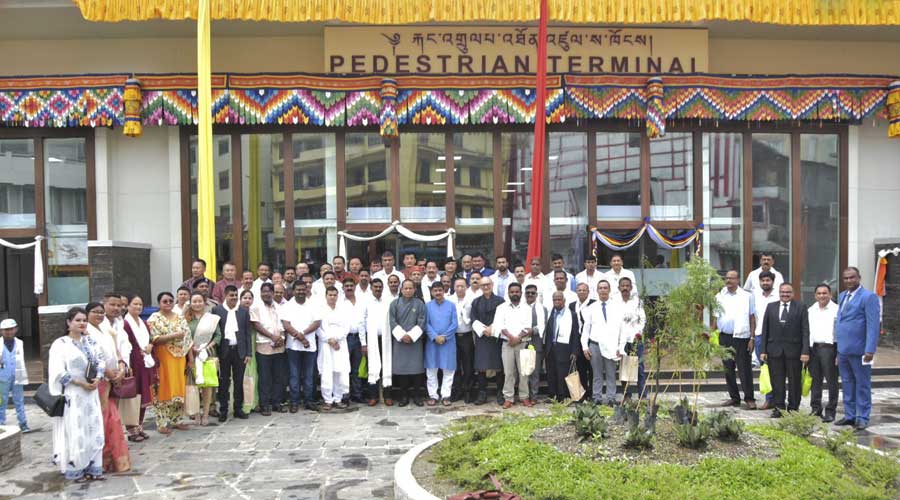 The reopening of the country’s borders is just three days away and Indians residing in the border town areas are equally happy and excited. This was the message conveyed by the Indian neighbours as Bhutan hosted members of the business community and relevant dignitaries of Indian border towns for a short meeting in Phuentsholing and Samdrup Jongkhar today.

It was all smiles at the pedestrian terminal in Phuentsholing today as various dignitaries and business community members from across the border made the much-awaited visit to Bhutan.

Almost three years of separation due to the border gate closure, and it seems nothing has changed or hindered the close ties that the two nations have been sharing and enjoying for a very long time. 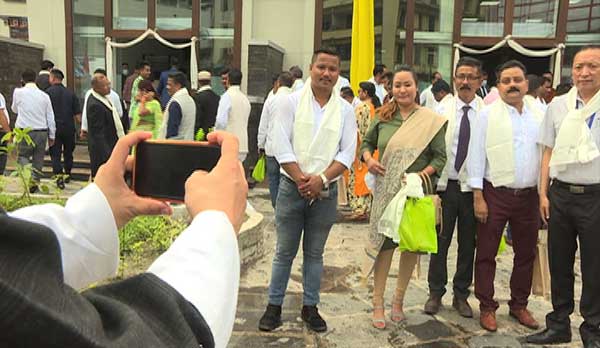 The two neighbours were seen happily greeting each other and posing for pictures now and then.

“We are very happy and are eagerly waiting for the opening of gates this week. We will now be able to cross the border and visit Phuentsholing like before. Similarly, the Bhutanese people can come to Jaigaon and help us improve our businesses,” said RS Gupta, a resident of Jaigaon.

“I am 70 years old today and have been living here in Jaigaon for the last 50 years. We share a very good relationship with a lot of elders here in Bhutan. But the last two and a half years were tough for every one of us. But now with the border gate reopening on 23rd September, we are happy that we will meet again and continue the bond of brotherhood,” said Bajaranglal Bardia.

The story was similar in Samdrup Jongkhar. Officials and members of the business community from the nearby Indian border town also attended a simple inaugural ceremony as preparation for the opening of border gates on Friday.

“Almost everyone here depends on Bhutanese customers. I think more than 20,000 Indians here directly depend on Bhutanese for business purposes while about 50,000 of us are dependent on Bhutanese indirectly. But now with the opening of border gates soon, I think business will pick up as in the past,” said Raj Kumar Das, a businessman from the Indian border town called Mela Bazaar in Assam.

“All people here are excited and happy about the border gate opening, I do Bura business and all of my customers are Bhutanese,” said an excited Zakir Lodi. 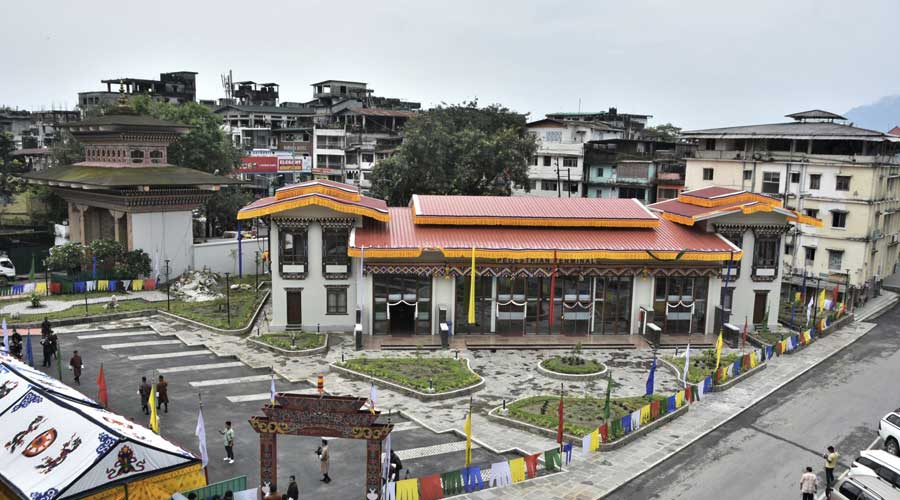 In Phuentsholing, the visitors were briefed on the new pedestrian terminal and the pre-registration online system to avail faster and seamless immigration clearance once the border gate opens.

After the get-together session, the officials left for their respective homes saying their goodbyes to Bhutanese counterparts, a goodbye which is not the end, but only the beginning.