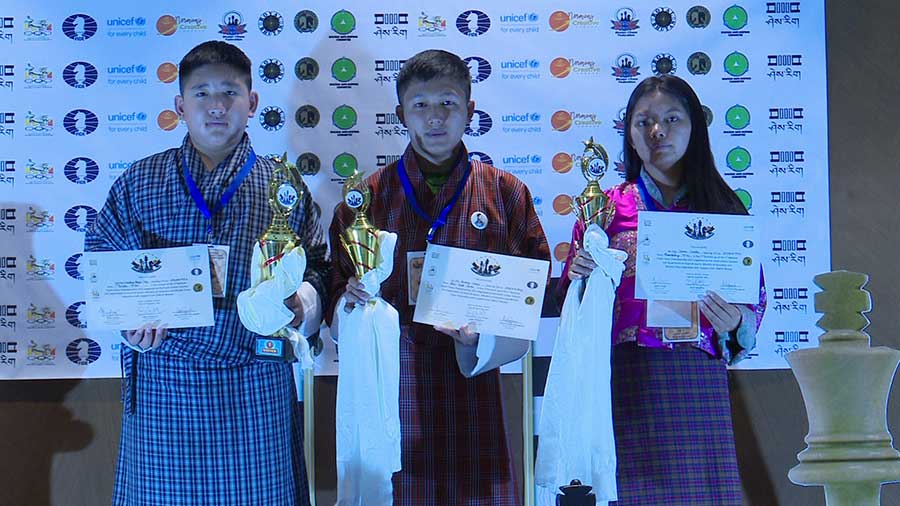 Lhundrup Minjur Dorji representing the Youth Friendly Integrated Service Center in Thimphu is the winner of the first-ever National Youth Chess Championship 2022. He won all the rounds of the one-day championship held in the capital yesterday. Twenty-six youths from 13 youth centres across the country took part in the championship.

‘‘I feel very happy that I won today. In the future, I hope to win more of the national youth tournaments and become the best in the country at some point. And also I hope to continue going to Chess Olympiad,’’ said Lhundrup Minjur Dorji, from the Youth Friendly Integrated Service Center in Thimphu.

He also represented Bhutan in the recent Chess Olympiad hosted by India. He was among the youngest in the international tournament featuring chess masters from 187 countries.

While Lhendrup took home the winner’s trophy without a dispute after winning all the five rounds allocated to each player, the game to decide the runners-up was nothing short of a spectacle to witness. After winning four rounds each from the five rounds they played, three players competed for the 1st and 2nd runners-up places. A stalemate in the first round, and then the places were decided by cutting down the game time to a minute.

‘‘I am glad after getting first from Bajo and getting an opportunity to participate here. But in the tournament, it didn’t go too well. But luck is on my side and I won second. I am so happy,’’ said Kinga Norbu, from Bajothang Youth Center.

The Youth Center Division of the Department of Youth and Sports, Ministry of Education in collaboration with the Bhutan Chess Federation conducted the championship. 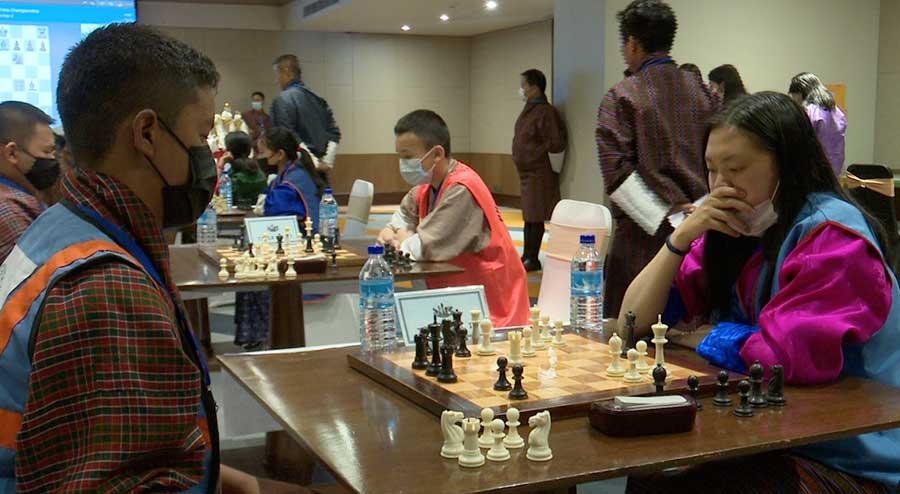 According to Bhutan Chess Federation, such a tournament is an opportunity for the youth to get trained to feature on international platforms.

‘‘The winners will get the opportunity to compete with renowned international masters, grandmasters, and candidate masters,’’ said Ugyen Wangchuk, the General Secretary of Bhutan Chess Federation.

The initiative is also to make chess an integral part of youth engagement at the Youth Centers and Youth Friendly Integrated Service Centers.

‘‘This is to promote professional chess in our Youth Centers and Youth Friendly Integrated Centers. So that more young people get the opportunity to play chess and then benefit from it. Because we are aware that chess significantly contributes to enhancing creativity, critical thinking problem-solving skills, and many others, especially in young children and youth,’’ added Amrith Bdr. Subba, the Deputy Chief Councillor with the Department of Youth and Sports.

The championship also saw young players like 10-year-old Sidanath Bhandari. He says he started playing chess when he was four years old.

‘‘I was inspired by my brother who started playing at the age of 10. So I really got interested and learned the basics of this game. Then I used to watch YouTube videos about how to play chess and tricks and traps so that you could defeat other opponents,’’ said Sidanath.

He is a class V student at Loseling Middle Secondary School. He gave a tough fight to Lhendrup, the champion of this championship, which is a reassurance that the future of chess is in safe hands.