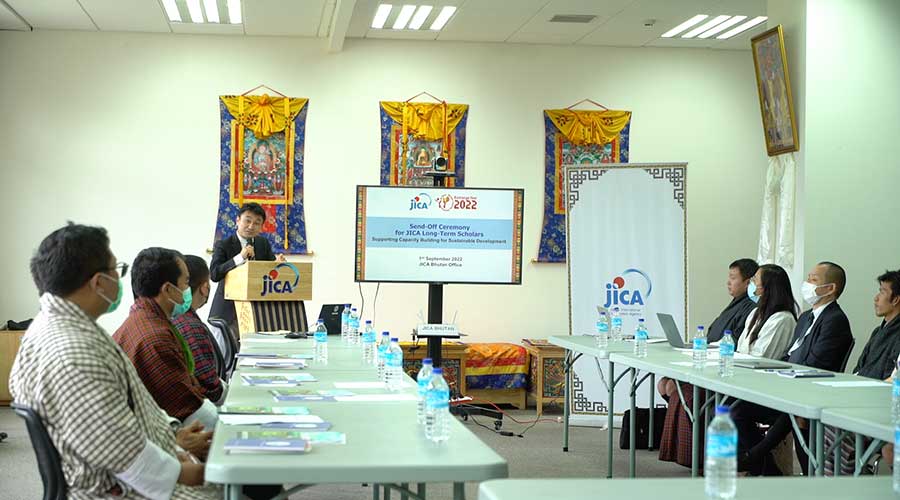 In an effort to develop Bhutan’s human resource capital, Japan has been giving scholarships to Bhutanese civil servants. So far about 2,400 Bhutanese were trained under short-term and long-term training in Japan. And seven more civil servants will be leaving for Japan this month. They will be studying disaster management, urban planning and energy policy among others.

Tshering Phuntsho, a senior urban planner with the Ministry of Works and Human Settlement is one of the seven recipients of the scholarship. Given the development progress that Japan has made, he says it is an opportunity for an urban planner like him to implement their experiences and ideas here in the country.

“The nation is going through rapid urbanization. A lot of urban areas, even the Yenlag Thromdes are getting plans and there are lots of infrastructure issues. Since urban planning is in a nascent stage for our country, we had to learn a lot of things from developed countries. Especially we can learn a lot from Japan because Japan has experienced all those which we are experiencing currently, especially in an urban context,” he said.

As per Japan International Cooperation Agency (JICA), the long-term training is specific to the need, based on existing technical cooperation projects in the country.

“We have a number of training courses or scholarship programmes to be offered to our counterpart country but in response to it, they have their own priorities. So, we are following their priorities,” said Yamada Tomoyuki, the Chief Representative of the JICA Bhutan Office.

This year, the recipients are from the works and human settlement ministry, economic affairs ministry and Khesar Gyelpo University of Medical Sciences.

JICA has been providing training for human resources development since 1966.