Farmers of Bhalue in Punakha worry over escalating human-wildlife conflict 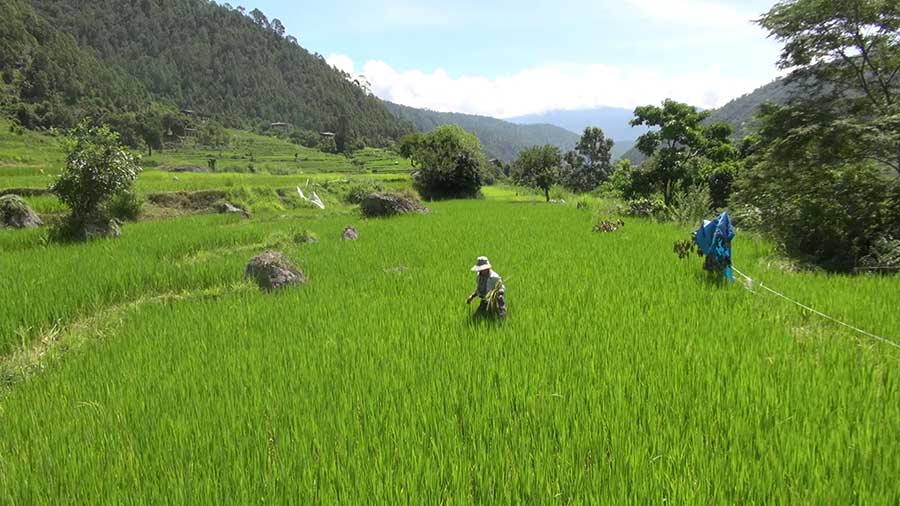 Farmers of Bhalue chiwog in Chhubu Gewog of Punakha fear that the human-wildlife conflict might become a grave problem, threatening their food security. Unlike past years, this time, an increasing number of wild boars are destroying paddy crops during the maturing season. Earlier, the animals ravage the crops only around the harvesting season.

Farmers are spending sleepless nights guarding the rice fields but this measure to mitigate the human-wildlife conflict is not effective at all. Namgay Dem, 40, is left devastated after the wild boars left her paddy fields destroyed.

She says her husband visits their farms several times before going to bed every day. Still, the wild boars manage to destroy the crops. 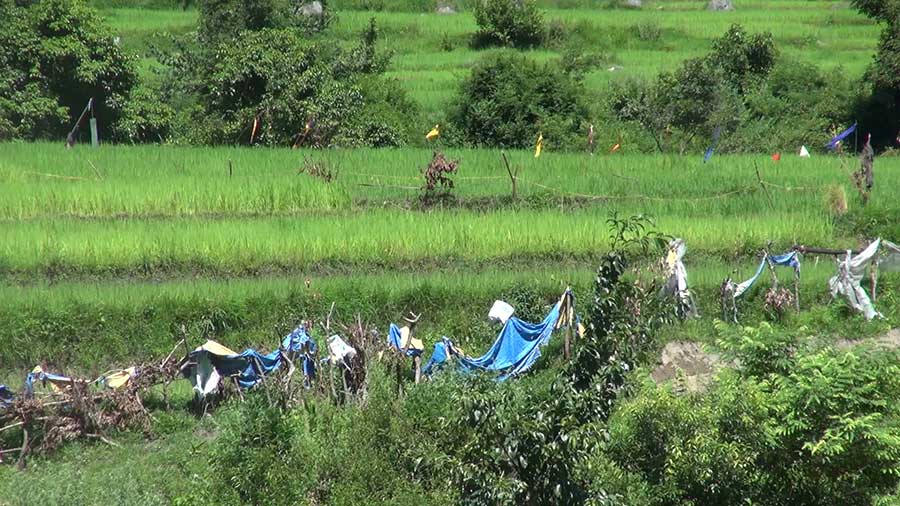 Most of the paddy fields in the chiwog lack a proper fencing system to protect crops from wild animals. Namgay Dem feels the human-wildlife conflict is occurring since farms are located quite far from their homes.

“When I returned to the field in the morning to fetch some grasses for cattle, I found the boars have badly damaged my paddy plants. So, I think we will find it difficult to keep enough food stock if the situation worsens every year.”

The predicament is similar for her farming mates, who say the issue has become severe this time.

“Wild boars have again eaten my paddy plants last night. I had some of the best quality paddy plants. I think the situation is more severe this year. The problem was somehow manageable until last year. But not now,” laments another farmer in Bhalue, Tsagay.

Others agree with his views.

“In the past, wild boars used to damage our crops during harvesting season only. But this time, they came early to destroy our crops. Shouting and visiting the fields at night are not effective in warding off the animals. So, I am making a temporary shelter in the fields to protect the crops,” tells Kinley Gyeltshen, who is a farmer in Bhalue.

The chiwog also doesn’t have electric fences, unlike other chiwogs. Hence, farmers believe this could be the reason why wild boars come in droves to attack their rice crops.

“It would be grateful if our fields are enclosed with electric fences to protect our crops from the animals. Otherwise, there is no way we can challenge and protect them from entering our fields, especially when they come in groups,” adds Namgay Dem.

The chiwog’s Tshogpa also suggested electric fences or chain-link fences would be of great help to the villagers.

“We would be happy if we could get electric fencing. Likewise, I think chain link fencing will be effective too,” says Phurba, the tshogpa of Bhalue chiwog.

The gewog says most farmers in the chiwog prefer chain-link fencing, which is not possible at the moment.

The agriculture ministry is still studying the usefulness of this fencing system, so some villages in other districts have received it on a trial basis.