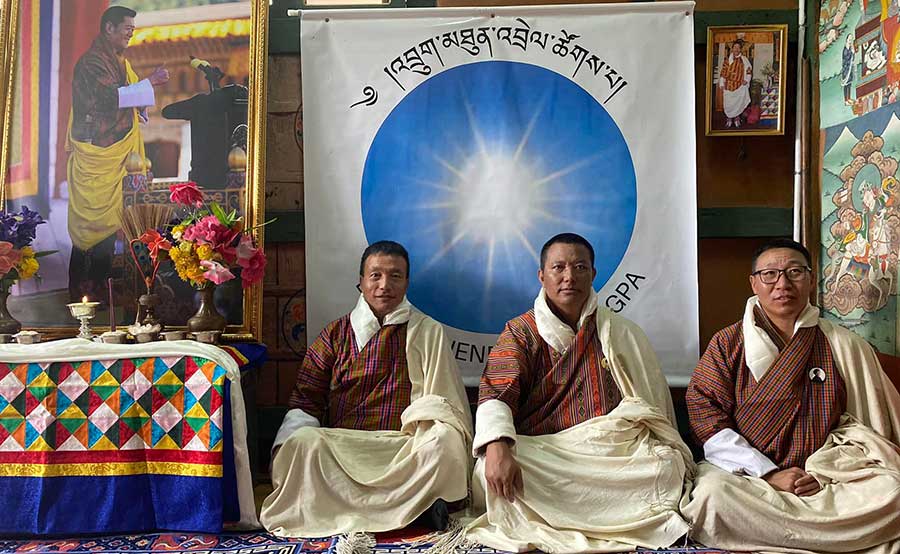 Following its formal registration as the fifth political party earlier this week, the Druk Thuendrel Tshogpa declared its first three candidates in Thimphu this morning. The new candidates will represent constituencies in Thimphu, Paro and Punakha.

Representing Druk Thuendrel Tshogpa from South Thimphu for the 2023 parliamentary election is Kinlay Dorjee, 52, the capital city’s former Thrompon. He served the city for two terms, spanning a decade. Prior to that, he served as an electrical engineer for 15 years with Bhutan Power Corporation and the Department of Power.

The party’s candidate for the Lamgong-Wangchang constituency in Paro is 46-year-old Sangay Dorji. He specializes in renewable energy, climate change, environment management and industries. He served as an international expert and consultant for the Punatsangchhu I and II projects for five years. Later, he joined the UN Development Program as its national energy and environment expert.

Kinzang Thinley is the party’s candidate from Kabji-Talo in Punakha. The 43-year-old worked as a cameraman with Bhutan Broadcasting Service for eight years and as a tour guide for seven years.

Speaking at the occasion, the party’s president, Kinga Tshering, said the first three candidates broadly represent the STEM, or Science, Technology, Engineering and Mathematics fields which is critical in fulfilling the national ambition of expanding digital and economic horizons.