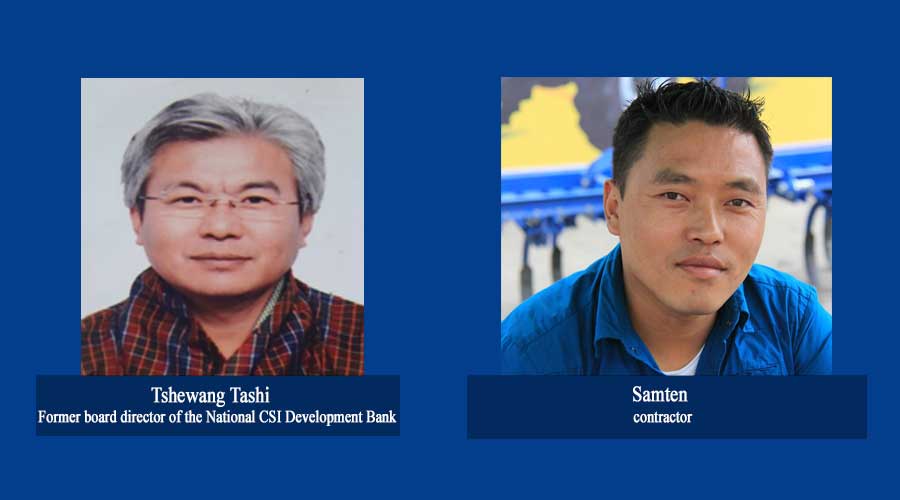 A former board director of the National CSI Development Bank and a contractor were sentenced to three and half years each in prison for bribery. The Thimphu District Court passed the judgment on Monday. Former board director Tshewang Tashi and contractor Samten were convicted of bribery surrounding the Samrang Poultry Farm project in Samdrup Jongkhar. Tshewang Tashi who served as the agriculture ministry’s planning officer accepted Nu 1 M from Samten as a bribe in 2016.

As the planning officer of the agriculture ministry, Tshewang Tashi was found to have shared the plans of establishing a poultry farm in Samrang with Samten a year before the project was tendered out. According to the judgment, Samten with the help of an international organization researched the type of farm details Tshewang Tashi provided him. Bribing Tshewang, Samten was able to win the tender to establish the poultry farm.

The Office of the Attorney General also charged Tshewang Tashi with a false asset declaration that concealed profit from the Youth Business Cooperative by investing capital funds. However, the court found that he loaned money to the cooperative without interest and the amount he received was only the principal amount. The court also stated that the amount he loaned to the cooperative was borrowed from his relatives in the US.

The court also dismissed the charge against Tshewang Tashi of possessing unexplained wealth with funds deposited in four different accounts. Tshewang was able to prove that funds accumulated in his accounts were sent by relatives residing in the US and from his earnings from foreign training.

Meanwhile, the ACC is also investigating another case involving Tshewang Tashi where he as the Chairman of the Board Credit Committee of the CSI bank, took part in sanctioning a Nu 5 M loan to his son for a meat processing unit.