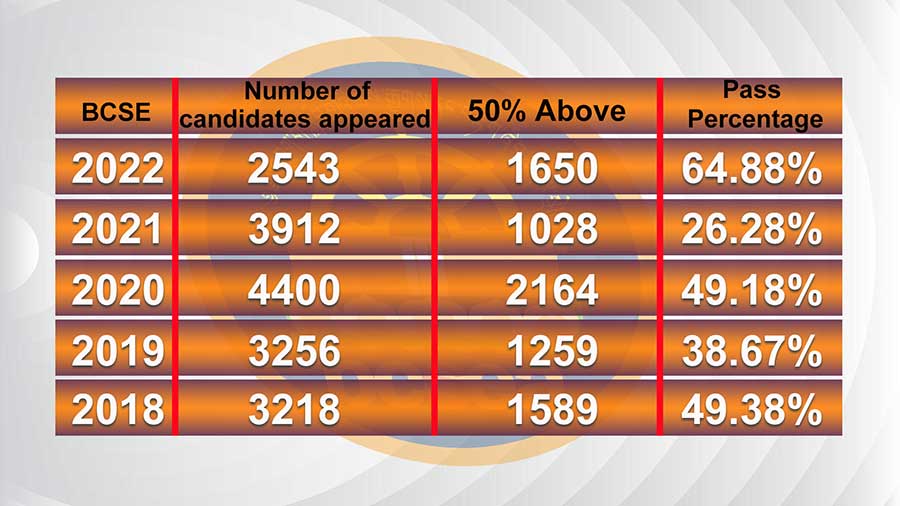 According to the RCSC, this is due to the lesser number of graduates, who appeared for the preliminary exam this time than in the previous years.

More than 2,500 graduates from more than 160 colleges and universities within the country and abroad sat for the exam, which was held earlier this month.

Of them, more than 1,600 candidates scored 50 per cent and beyond, meaning they are now qualified to sit for the main examination this October.

It is the RCSC’s criterion that a graduate must score a minimum of 50 per cent in the PE to sit for the main exam.

In terms of individual scores, the highest percentage scored by a graduate is 87 per cent while the lowest is 12 per cent.

The RCSC initially announced that more than 3,000 graduates have confirmed for this year’s PE. However, over 400 were absent during the exam.

The upcoming main exam of BCSE will see more than 1,600 graduates vying for about 600 vacancies in different categories of the civil service.