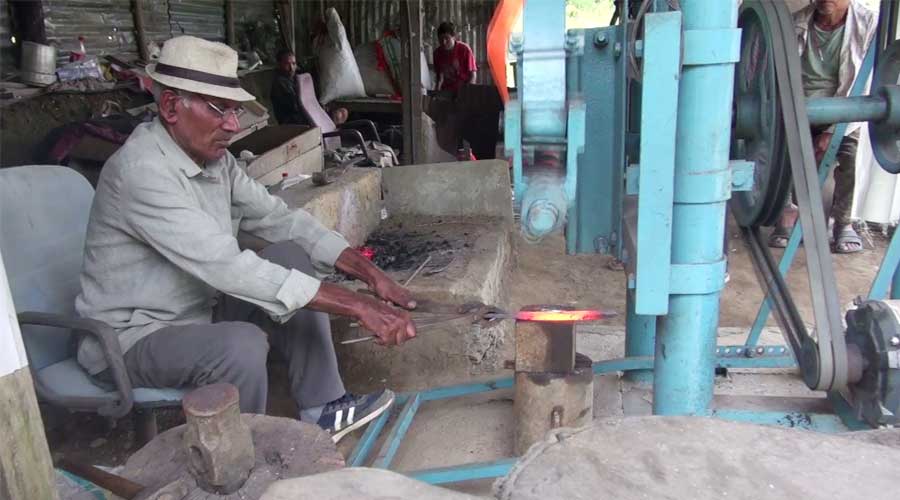 The social stigma surrounding blacksmithing art is one of the main reasons blacksmiths switch to a different profession. But this is not the case with Janga Lal Biswa from Tsendagang Gewog in Dagana. After serving in the army, and later as a labour supervisor he returned to pounding metal to live the rest of his life doing what he loves most.

Janga Lal Biswa started learning the art of blacksmithing from his late father at the age of ten. Since then he has been taking forward the disappearing art for years. His short deviation from the art when he switched two professions could do nothing to the passion he has for the art.

At 68 years of age when most of his mates were enjoying their retirement, he is living his dream with a passion that is only glowing like the fire in his furnace.

“Unlike other professions, it is easier for me to work as a blacksmith because I don’t have to suffer under scorching sun and rain. The only problem I have is in getting enough wood to make charcoal. My friends and customers accompany me when I forge tools,” he said.

He earns a monthly net profit of more than Nu 40,000, today. But still, his passion is challenged by social stigma.

“Some people in my community still look down on me and treat me as a low-class person. But I personally feel it is a little illogical. I am the one who forge useful tools including religious items like statues. Some people even don’t consume meals prepared by me and don’t entertain me in their houses,” Janga said.

More than this stigma, Janga is concerned about the sustainability of the art in the long run. But he was given a breather when some youth joined him.

“None of the youth in my community were interested to take up the profession to succeed me. I thought the skill would disappear as I die. But five of them have joined me lately. Now I will teach them all what I have before I leave my profession in the next one-two year,” Janga added.

“I heard Janga was working alone when I was working in one of Zorig Chusum institutes in Thimphu. So I decided to return home to learn the art from him. I was told that I could earn a decent income if I take up the profession,” said Lal Bdr. Biswa, an apprentice. 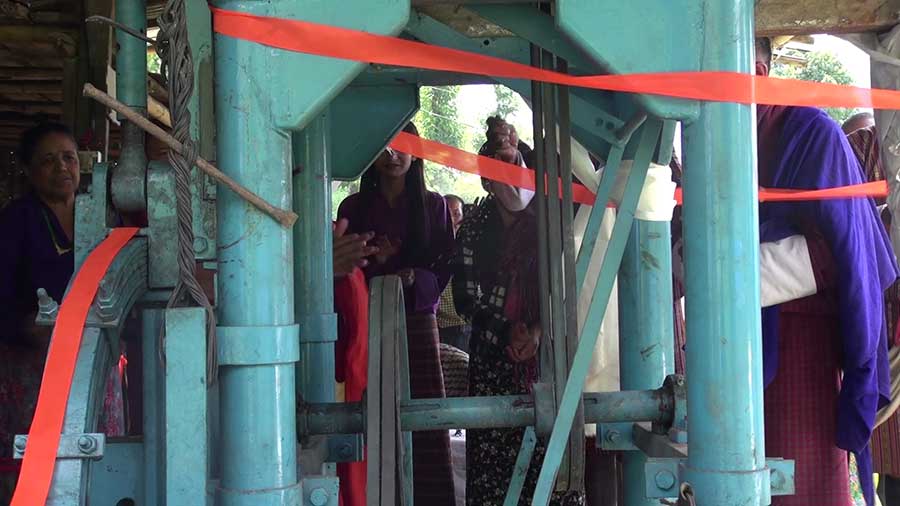 And much to his relief, Dagana’s National Council representative supported him with a machine last month. It is expected to keep the art alive and make the work easier.

“Earlier blacksmithing requires physical strength and was quite a tiring job especially when my helpers had to use hammers to hit huge iron. But the machine has eased the difficulty. We can forge three-four knives within an hour now which earlier used to take a whole day to forge these many tools,” Janga said.

His experience in producing quality tools has attracted customers not only from his home district but also from the nearby districts like Wangdue Phodrang, Punakha and even from Bumthang.

“There is a huge difference between imported tools and ones forged by Janga. The imported ones look better at a glance but it is not durable and effective while using them. But his tools are not like that,” said Ratna Bdr. Biswa, from Tsendagang Gewog in Dagana.

“We have been depending on Janga for farm tools like knives, sickles and axe. He is very important to everyone in the community. We don’t have to repair his tools now and then,” added Tashi, from Gozhi Gewog in Dagana.

It won’t be long before a machine replaces this age-old tool and other man-made tools. The workload might become easier, but the art is expected to live on. Janga’s new apprentices and the new machine are assurances that there is nothing to stop this from happening.

Eye camp in Trongsa attends to more than 70 people

BIMSTEC streamlines its areas of cooperation to seven sectors