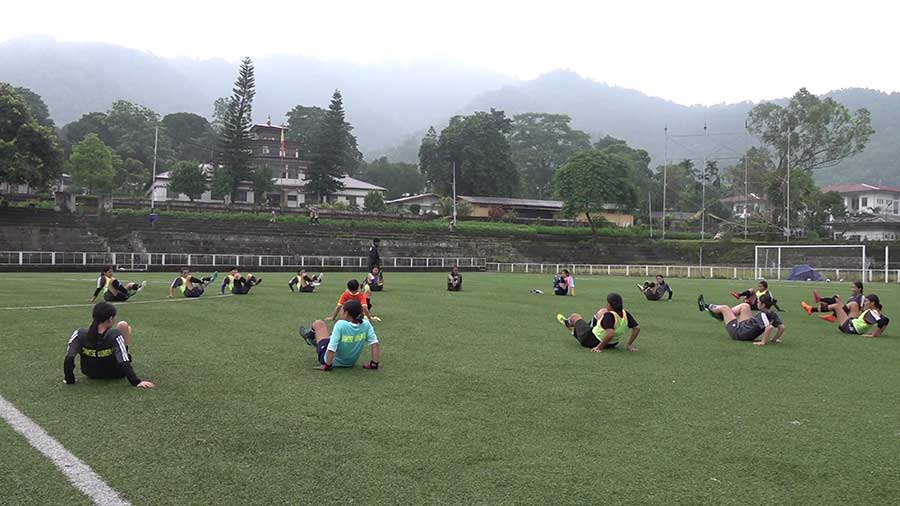 The girls have been training for over a month now as they gear up to represent Samtse district in the upcoming National Women’s League. Earlier, after failing to produce a team, only a handful of football lovers took part in the competition by representing other districts. But things are different now.

“I am very excited for the upcoming competition as we will represent our district in the national women’s league for the first time. In terms of preparation for the tournament, we feel that we are almost ready for the competition,” said Krishna Kumari Ghalley, a player of Samtse FC.

“We are all very happy as we can showcase our talents and get the much-required exposure. And we also feel proud as we can represent our district in the competition,” added Anjuli Rai, also a player of Samtse FC.

Despite this being their maiden appearance in the competition, the team is hoping to make a positive impact.

“We have a mountain to climb for the upcoming competition as other teams have hired national players and foreign players and made their teams stronger. We don’t have that luxury for now. But still, the girls are training well and we are looking forward to making a good debut in the competition,” said Tshering Yangki, the Coach of Samtse FC.

According to the Samtse Dzongkhag Sports Association, the girls were selected during the district league competition held in June. Like Samtse, teams from Tsirang and Gelephu will also make their debut in the competition this time. The National Women’s League will begin on September 10 and will feature 10 teams this year.