Dzongkha newspapers in the country gasping for breath 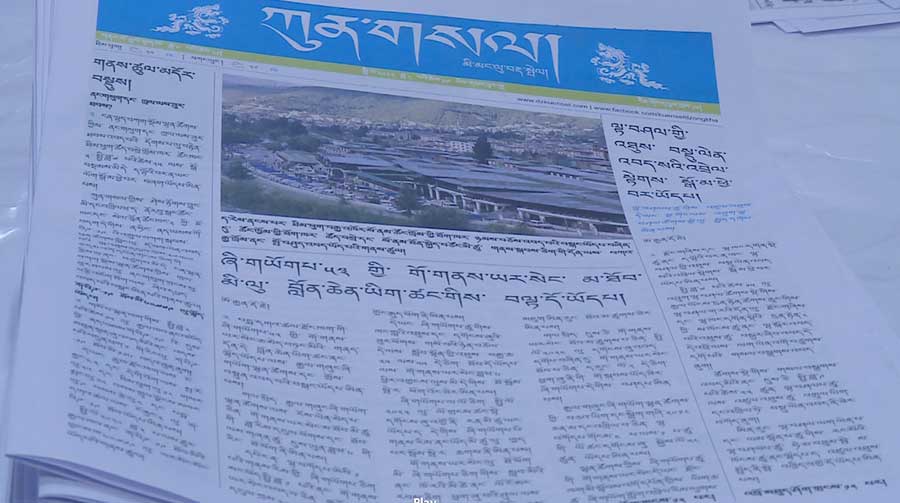 All is not well with the Dzongkha newspapers in the country. Despite being the national language, its publications do not attract much readership. The other downside of the papers is getting scarce advertisements from the government, corporations and the private sector. This has forced four of the five private Dzongkha papers to close down.

A lone paper, Gyalchi Sarshog is surviving in the market but it is gasping for breath. The Kuensel has also reduced its Dzongkha news copies from daily to biweekly since last month. 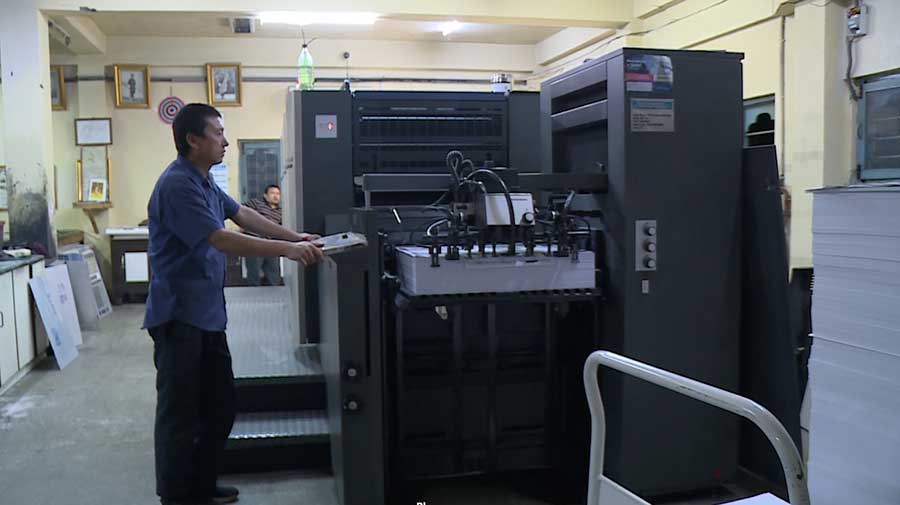 The printing house of the country’s oldest newspaper, Kuensel had just begun its work when BBS visited it at around 9 PM on Tuesday. As the paper’s catchphrase suggests “That the people shall be informed,” it is printing a countless number of copies that shall inform the people.

Among them, the Dzongkha issue has 300 copies while the English issue has 2,000 copies. The Kuensel has reduced its Dzongkha publications from six days a week to twice a week (Every Wednesday and Saturday) since last month.

According to the Chief Executive Officer, Ugyen Penjor, resorting to such measures is to lessen the financial burden on the news company, which was severely affected by the pandemic.

Understaffing in the Dzongkha news section is another reason.

“All the stories are updated on the social media page. We have Dzongkha online version also. Therefore, as a strategy, we thought we will go twice a week with better news content instead of having the same stories every day,” further commented Kuensel’s CEO. 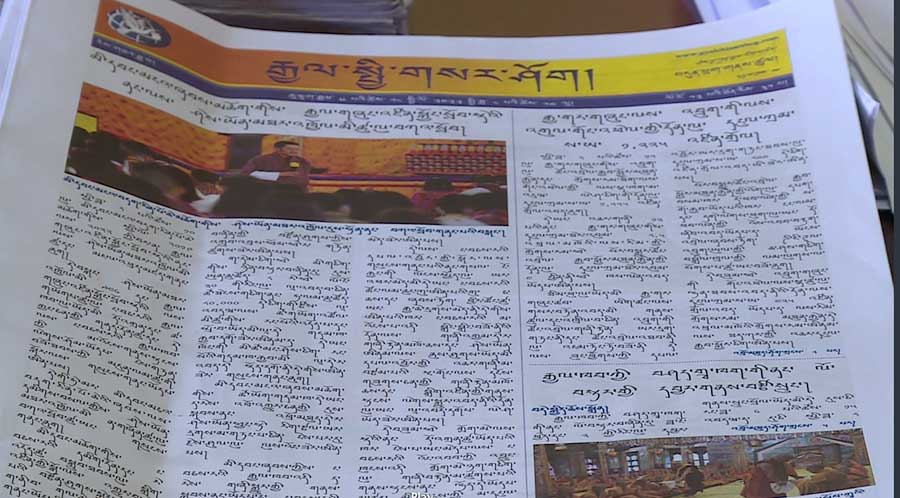 However, the situation of the only surviving private Dzongkha newspaper, Gyalchi Sarshog is worse than the Kuensel. It is reeling under severe financial woes.

“Gyalchi Sarshog is the only surviving Dzongkha newspaper. But it is nothing short of challenges. We have not been able to recruit more staff since the paper’s financial condition is bad. We receive only a handful of advertisements, which is really less to keep the business afloat,” said Goembo Dorji, the CEO of Gyalchi Sarshog.

The biweekly newspaper, which was launched in 2011, used to print about 3,000 copies a week then. However, the number of printed copies has now come down to 300.

Therefore, the paper’s CEO added to sustain the newspaper, the government, corporations and private firms could consider giving advertisements and notifications to them as well.

But going by the opinions of some bookshops in the capital, it is challenging to sell Dzongkha newspapers.

“We keep 20 printed copies of Kuensel’s English paper and five copies of Dzongkha paper in a day. While we can sell most of the English copies, it is tough to sell the Dzongkha papers. Of the five printed copies of Dzongkha news, RTC takes three, one is taken by a regular customer and the last one remains on the shelf for months,” shared Deebesh Bhattarai, the General Manager of DSB enterprise, the oldest bookstore in the capital city.

However, people say social media has led to the dwindling readership of Dzongkha papers.

“If we know the exact locations where Dzongkha newspapers are being sold, people like me, interested to read Dzongkha will be benefited. I read Dzongkha news on the internet and social media,” said Younten Jamtsho, who is interning at Bhutan Toilet Organisation.

Like him, Passang Gokey, a shopkeeper in the main Thimphu town was once an avid Dzongkha newspaper reader. But he has now ditched this habit as he believes there is a plethora of news content on social media.

“Earlier, I used to read all the Dzongkha newspapers. After social media became the dominant source of information, I read about current affairs in my country and other news stories there.”

Everyone acknowledges that Dzongkha is the country’s national language, which is an integral part of its rich culture and tradition. However, Dzongkha language developers feel people are more inclined towards speaking English than Dzongkha.

If this trend remains as it is, then the Dzongkha newspapers like Gyalchi Sarshog may not see a bright future.