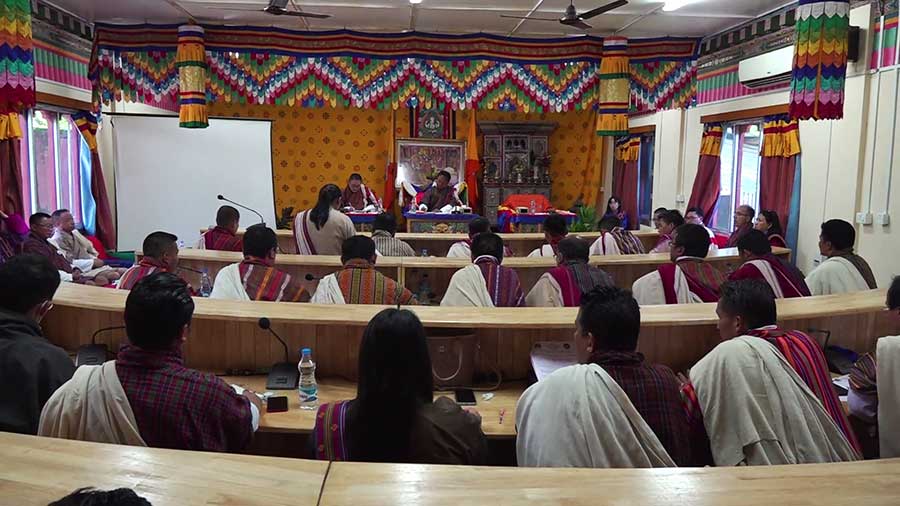 People of Jomotshangkha Dungkhag in Samdrup Jongkhar face power outages for days or even weeks, especially during monsoon. And this has been happening for years now despite the local leaders bringing up the issue several times in the Dzongkhag Tshogdu. Not giving up hope, the local leaders once again raised the issue this time and requested the Bhutan Power Corporation to resolve the issue once and for all.

The residents of Lauri, Serthig and Langchenphu Gewogs of Jomotshangkha Dungkhag are the most affected by the frequent power outages.

“There is a power outage when it rains. This year, due to the flash flood and heavy rainfall, we faced frequent blackouts. People say that it would be convenient for the BPC officials to restore power supply if the transmission lines are installed along the highway,” said Wang Gyeltshen, Langchenphu Mangmi.

“Without power supply, we cannot provide services to the people. And we have to stay in the office without work. As an alternative, all the three gewogs bought generators recently. But even that couldn’t solve the issue,” said Tshewang Tenzin, Serthig Gup.

According to Bhutan Power Corporation officials, as electric poles are located far away from road points, they are unable to reach faulty lines immediately.

BPC is now working to install the poles and power lines along the Samrang-Jomotshangkha highway. The office has already awarded the contract work worth Nu 47 M to a contractor.

“We will construct about 18 special towers each with 33 kV. The poles and power lines will be installed along the road. In the contract agreement, the contractor has to complete it by February next year,” said Tshewang Dorji, a Manager of BPC.

Meanwhile, the Dzongkhag Tshogdu asked BPC and the contractor to complete the works as the earliest.

If everything goes as planned, some 10,000 individuals of Jomotshangkha Dungkhag will have a reliable power supply from next year.