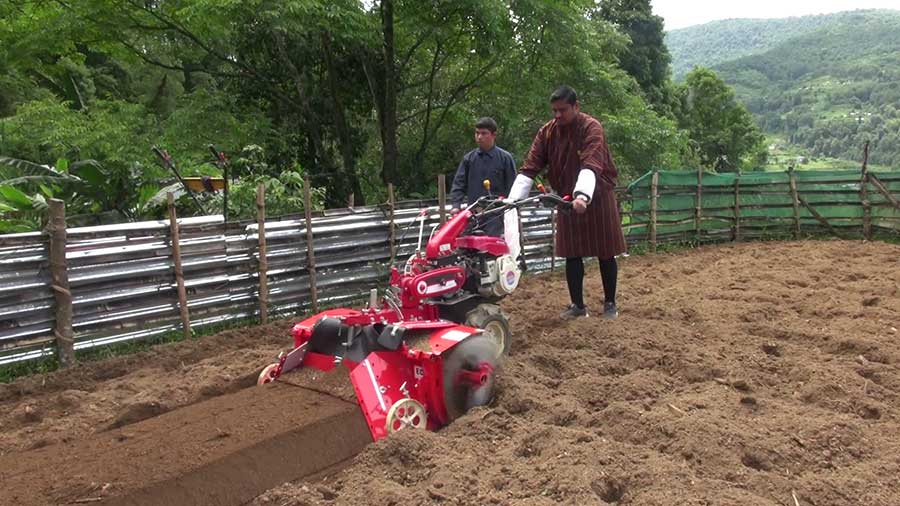 One of the most common challenges faced by farmers in the country is the shortage of helpers. In Tsirang, the district administration is trying to tackle this issue by distributing farming machinery to the farmers. Nine bed-making machines and four mini-power tillers were handed over to farmers of seven gewogs on Tuesday.

The Japanese-made machines were procured from the Farm Machinery Corporation Limited. The machines can plough a plot of land and make beds in it within an hour which normally takes a day.

Tsirang has become one of the first districts in the country to use the bed-making machine worth over Nu 300,000.

“Bed making is considered one of the most tedious tasks in farming. So we decided to distribute the machines to them to help ease their hardship,” said Dorji Gyeltshen, the District Agriculture Officer of Tsirang. 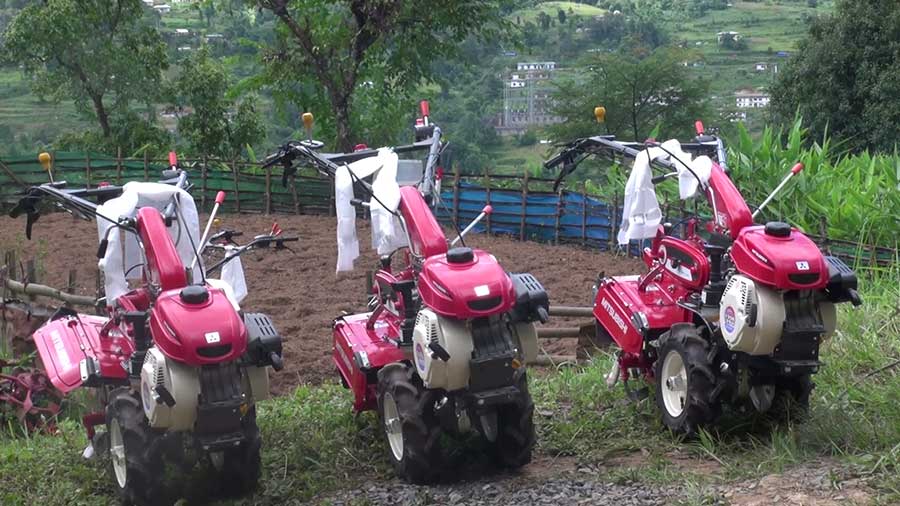 The District Agriculture Sector distributed the machines to the gewogs based on the potential for winter chilli and mass vegetable production in the district. And with the help of advanced farm machinery, farmers are also hopeful of expanding their work.

“Now with the help of machines, we can complete farm works within a short period. So this will help us increase farm production. Farming works have also become less labour intensive,” said Bhola Nath Chapagai, a farmer from Kilkhorthang Gewog.

“At the moment I cannot grow vegetables in more than 80 decimals of land. But with the government supporting farmers with such farm machinery, I can improve my vegetable production,” he said.

Identified farmers’ groups and individual farmers in respective gewogs will operate and take care of the machines. The Standard Operating Procedure set by the district agriculture sector and bylaws of farmers’ groups will guide the usage of machines.

Users will have to pay Nu 300 per hour. Of that Nu 200 will be the operator’s fee and Nu 100 will be kept for machine maintenance.

The district administration plans to procure additional machines based on how the current machines benefit the farming system.

“The progress and efficient usage of the machines will determine the procurement of additional machines. If people increase agricultural productions with the new sets of machines, the district administration will get additional machines and distribute them in all 12 gewogs,” said the Officiating Dzongda, Karma Dorji.

Tsirang has over 21,000 acres of arable land and produces around 400 truckloads of mixed vegetables annually.