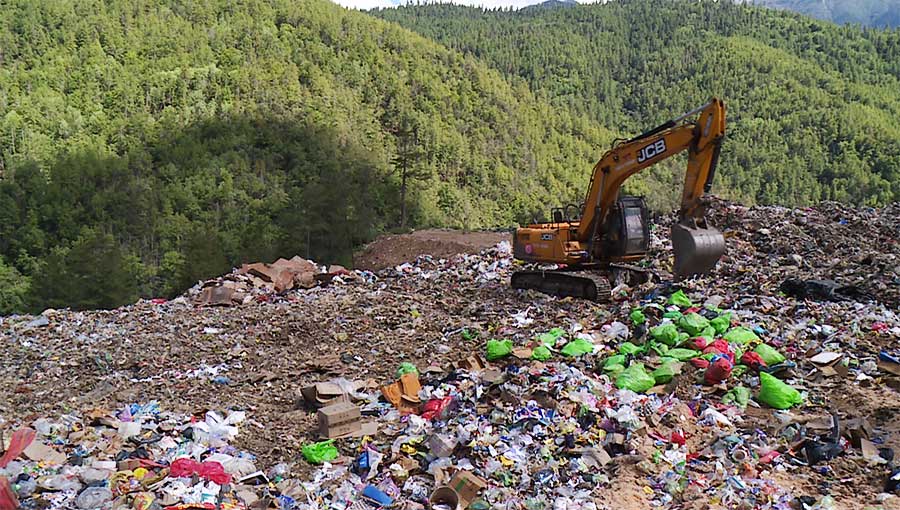 From high mountains to low valleys in the country, there is no place without plastic waste where man has set foot. The situation is as bad as, if not worse than, when the country first moved to ban the use of plastic more than two decades ago. The ineffective ban was reinforced time and again with the last one initiated in 2019. But it has failed every time. Today plastic is widely used and plastic waste is overwhelming the country’s effort to preserve the environment.

The Memeylakha landfill in Thimphu is like a painting gone wrong. With colourful plastic objects strewn all over the place, the stench can be felt just by looking at the mess the city made.

Where does all the plastic come from? The Centenary Farmers Market in the capital is one such production house of plastic waste. 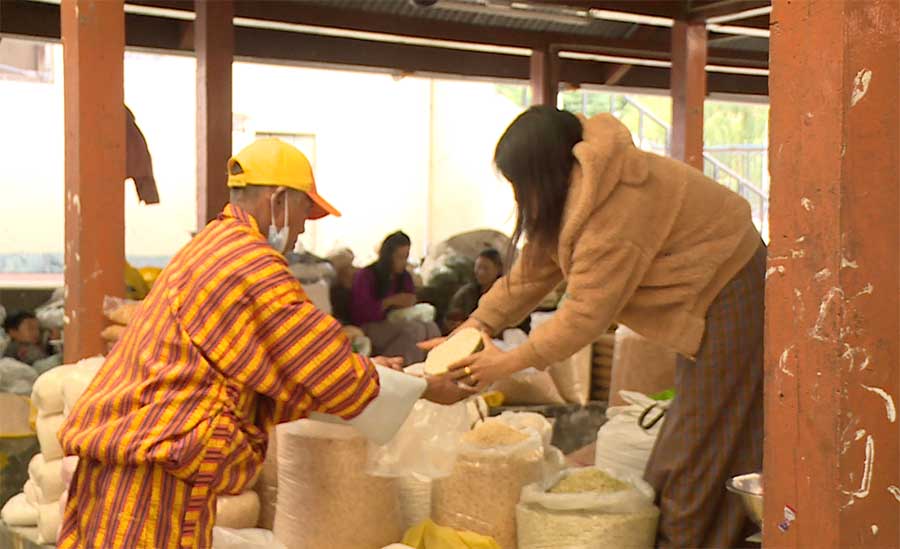 The Centenary Farmers Market is as good as covered in plastic. From fruits to cereals, everything is packaged in plastic. According to the vendors, most people visiting the CFM come without any carry bags to buy essentials from them. They said if they don’t provide them with plastic bags, they lose customers.

“We have to keep plastic bags. We have to give the goods our customers buy in plastic. They even demand plastic bags when they buy a kilogram of vegetables from us. While we refused to give them plastic for just a kilo, we end up providing plastic bags to those who buy in a bulk. We also ask our regular customers to bring back the good plastic to us so that we can reuse it. Plastic is also a must to package our goods,” said Shelo, a Vendor at the CFM in Thimphu.

“I finish about three to four kilograms of plastic in a week. We buy from the wholesalers here. In the past, the government use to provide us with eco-friendly plastic, but the carry bag is not durable. It can not hold heavy products like rice. People refuse to buy from us when we give them such carry bags,” added Sangay Wangmo, also a Vendor at the CFM.

Moreover, they said plastic helps them keep their goods fresh, especially cereals like puffed rice. But the waste from using plastic is a heavy burden for those managing it.

“The garbage trucks do about three trips to Memeylakha from here every day. Most of the wastes are carton boxes and plastic,” said Pema Choki, a Sweeper at the CFM.

“For the good of the country, the government banned the use of plastic. But everyone is using plastic today irrespective of whether you are a buyer or seller. I think the issue of rising plastic waste in the country is mainly because of this. People need plastic bags from shops even to buy small stuff,” said Tshering Wangchuk, a Customer.

Some people who preferred to remain anonymous say the ineffective ban on plastic has only resulted in the high cost of plastic. The cost was Nu 150 a kilogram before the commission reinforced the ban some three years ago. It has now reached Nu 250.

According to the National Environment Commission, everyone can contribute to making the plastic ban successful by refusing plastic carry bags from shops. This the commission says can be done by carrying shopping bags from home.

‘‘The shopkeeper feels that it’s their duty to provide something. Since we have a shortage of inspectors, we have actually not been really able to enforce it strictly but this is also coming in this waste flagship programme where we are developing alternatives. India is also banning plastic, joining more than 130 countries that have banned plastic; for us it is much easier to enforce,” said Sonam P Wangdi, the Secretary of the NEC. 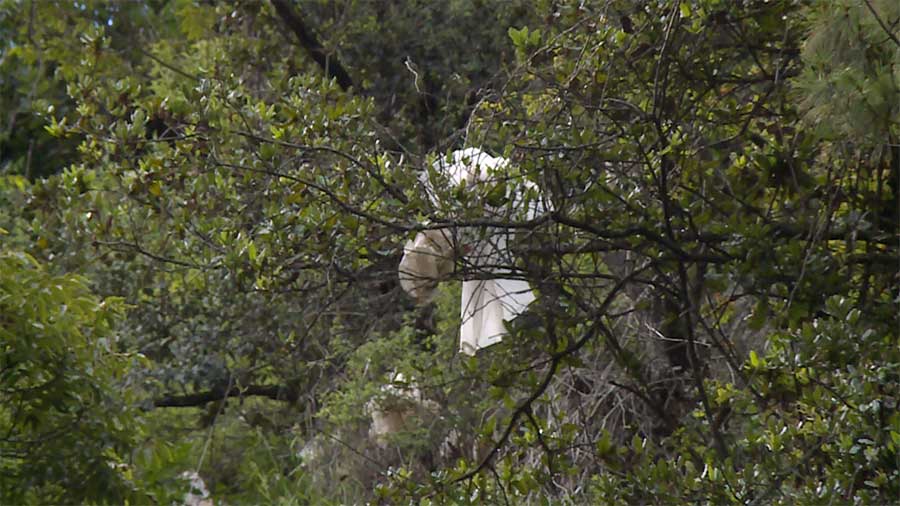 The waste flagship programme is timely especially when the roads, drains and rivers in the country started feeling the weight of plastic pollution. The impact is even felt by the trees that adorn the country ever since plastic started replacing flowers and fruits on the trees. The problem is expected to go away if only everyone embraces it as they do with their household issues.