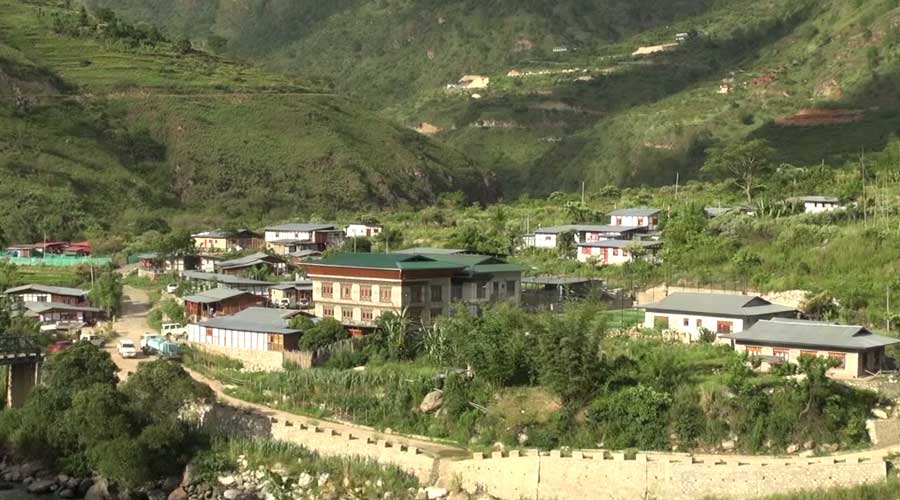 Residents of Wangringmo in Trashi Yangtse, who are living in temporary shelters are unhappy after the Ramjar Gewog Administration asked them to remodel their houses. Most of them were asked to reconstruct the roof. According to the gewog, the residents didn’t construct the temporary structures as per Bhutan Building Regulations 2018.

About 25 residents constructed temporary shelters in 2020. Most of them constructed the houses on leased land.

But according to the Ramjar Gewog Administration, they failed to follow the Bhutan Building Regulations 2018. Although the residents used CGI sheets for roofing, most of them need to reconstruct it. The roof should be a gable roof.

However, the residents are unhappy as they were not informed about these requirements when they were constructing the temporary shelters.

“While approving it, they should have briefed us on the type of structure, and even roofing. They are asking us to reconstruct it after the construction is complete. We have spent a lot of money and dismantling it will be a burden on us. I am going to keep it as it is,” said Dechen Choden, a resident.

“The structure was constructed some three months ago. It is very difficult for people like us to construct a small house. The price of materials has gone up. Purchasing CGI sheets cost about Nu 40,000 to 50,000. Now, we are worried,” said Jamyang Zangpo, another resident.

According to the Gewog administration, there is no definite deadline for when the residents should complete the work.

“We have asked them verbally. And if they don’t comply with it, I will have to send an official letter to the owners, after discussing it with the district administration. For now, there is no definite deadline,” said Phurpa Gyeltshen, Ramjar Gup.

Henceforth, the Gewog administration will also strictly monitor the construction of temporary shelters.