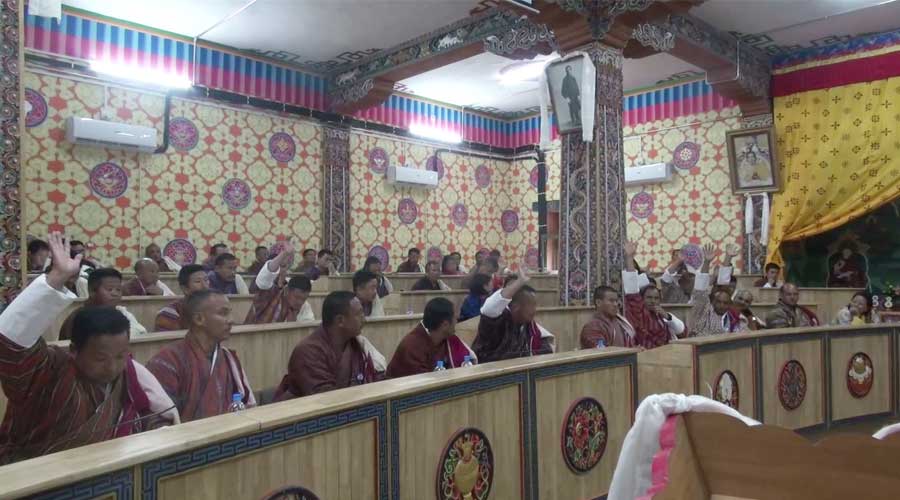 The recent Dzongkhag Tshogdu (DT) sitting in Tsirang rejected Kilkhorthang Gewog’s proposal to allow livestock farmers in the district to sell meat products at the Sunday Vegetable Market in Damphu. The house took a firm stand against the proposal after a majority of the Local Government members voted against it.

The Mangmi of Kilkhorthang Gewog, Sonam Lhamo, said the Department of Agricultural Marketing and Co-operatives, and its partnered agencies have set prices for different meat items.

However, they lack strict monitoring and compliance, encouraging the meat vendors to flare up their prices.

This way, livestock farmers incur high economic losses since the vendors pay them minimal farm gate prices for their livestock. The farm gate price is the price of the product available at the farm, excluding any separately billed transport or delivery charge.

“Livestock farmers will get better prices when there is no involvement of middlemen. When farmers don’t get the expected prices, they lack the interest to continue livestock farming, resulting in a decrease in meat production. This trend will only increase the import of meat,” added the Kilkhorthang Mangmi.

Semjong Gup spoke in favour of this.

“The government has been giving subsidies to encourage our farmers to take up livestock farming. This has helped improve the livelihoods of rural communities,” said Semjong Gup, Top Nath Archarya.

“However, farmers are not able to repay loans and afford feed due to the soaring price of animal feeds. I heard some farmers are fighting court cases with feed agents for failing to make payments.” added the Semjong Gup.

However, other LG members present in the house had their reservations over the proposal. They felt permitting livestock farmers to sell meat products at the vegetable market is not a noble move from a religious perspective.

“Firstly, I am concerned about Tsirang becoming like Jaigaon and Datgari towns in India if we allow farmers to sell meat items at Damphu Sunday Vegetable Market. In case, if the proposal is approved, there will be a drastic increase in theft cases of livestock in the district,” shared the Mangmi of Mendrelgang Gewog, Tshering.

“We have to think about a situation if we are to allow farmers to sell meats at the Sunday Vegetable Market. Meat sellers might dominate the place since we have a huge number of piggery and poultry farmers in the district.”

“It is unwise to blame meat sellers for charging higher prices than the farm gate prices. Their businesses are to make profits. It is not compulsory that livestock farmers have to sell meats to vendors in Damphu. They can sell to vendors in Thimphu or Phuentshogling,” said the Gup of Pungtenchhu Gewog, Shiva Lal Karaiya.

To decide the fate of the proposal, the house asked LG representatives in the house to vote. A majority of them declined to support the proposal. So, the Dzongkhag Tshogdu went with their decision.

“I am paying Nu 300 per kg of pork as a farm gate price and selling it at Nu 350 per Kg. This price has been fixed in a meeting with the district livestock sector and the cooperative members. Similarly, the farm gate price for a kilogram of chicken is Nu 220 and we sell it at Nu 270 per kg,” told one of the vendors in Damphu town, Hari Prasad Sinchuri.

Meanwhile, due to the outbreak of African swine fever, a highly contagious viral disease of pigs in India, the agriculture ministry has restricted the import of pork from the 1st of this month.

The ministry has also issued a standard price for the sale of local pork in the country.  Livestock farmers in pork-producing districts like Dagana, Tsirang, Sarpang and Samtse can charge a kilogram of pork at Nu 300.

If transported to Thimphu, they can charge Nu 50 extra.

And meat shops in the capital can sell a kilogram of pork to the customers at Nu 450.