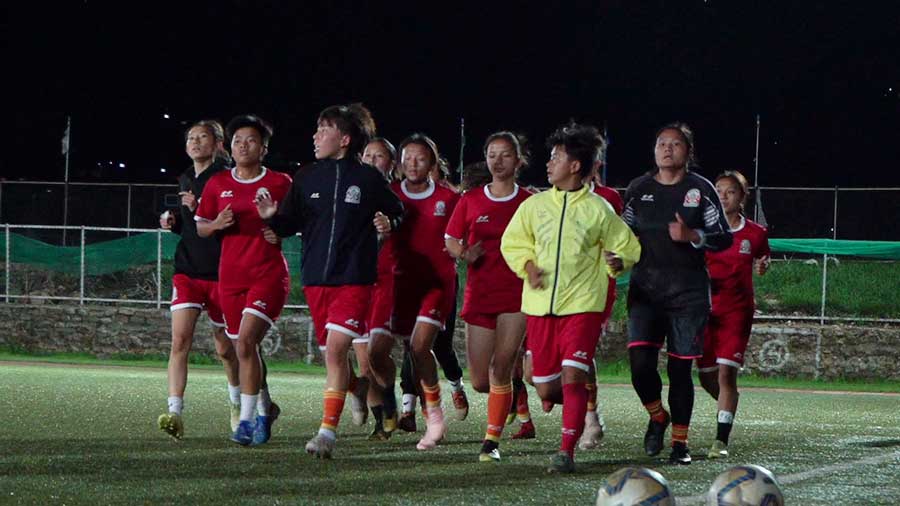 The National Women’s football team is looking forward to winning their first ever South Asian Football Federation Women’s Championship next month. The team stated that they have been training hard like never before over the past two months and are ready and confident that they will do well. Hosted by Nepal, Bhutan will be participating in the seven-nation international championship after over two years.

These women train six days a week. They gather at the Changjiji football field at 6 PM every day. As a physically intense sport that requires a player to be at peak for 90 minutes, the girls are drilled strictly and in all facets.

The girls are also determined to give their best due to the bitter experience they had in the past. 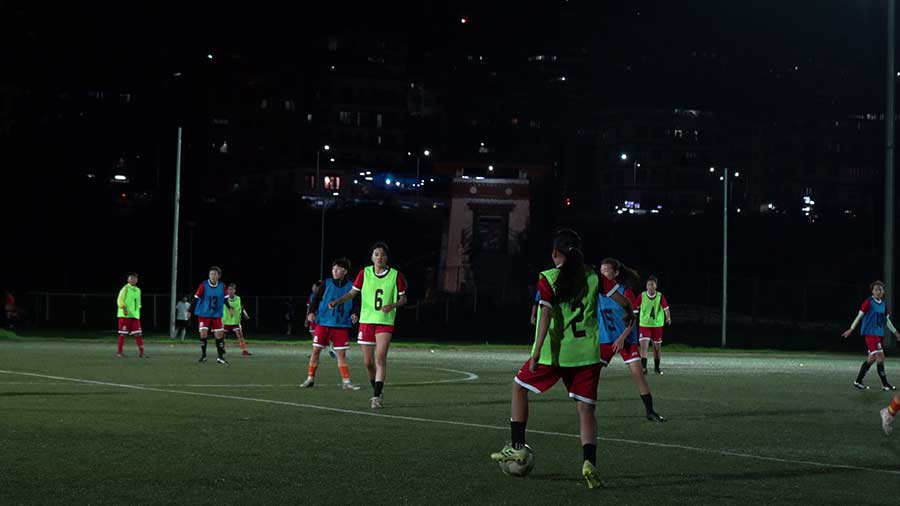 The sense of accountability to the team is one of the main factors that will fuel everyone to perform their best. Only by working together and understanding each other can they perform best as a team. And for the SAFF Championship, this factor could be one of the crucial approaches.

“Many of us grew up playing football from a very young age. So, we have become like sisters who help and support each other at all times. We are preparing very well,” said Pema Choden.

Meanwhile, with the guidance and training from the new South Korean Coach, the girls are filled with energy, excitement, and confidence.

“Our current Coach played for the World Cup in the past. So, she knows how to read a player because of her experience. She is intensifying our mental approach which is boosting the confidence in the team. I am very much positive and I hope that we win,” added Pema Choden.

She also added that this could be the time for Bhutan to win the 13-day SAFF Championship which begins on the 6th of next month.

The Women’s National Team first played the SAFF Championship in 2010 and never won the title once. The stakes are high and rewarding, but the girls will have to contest with grit.