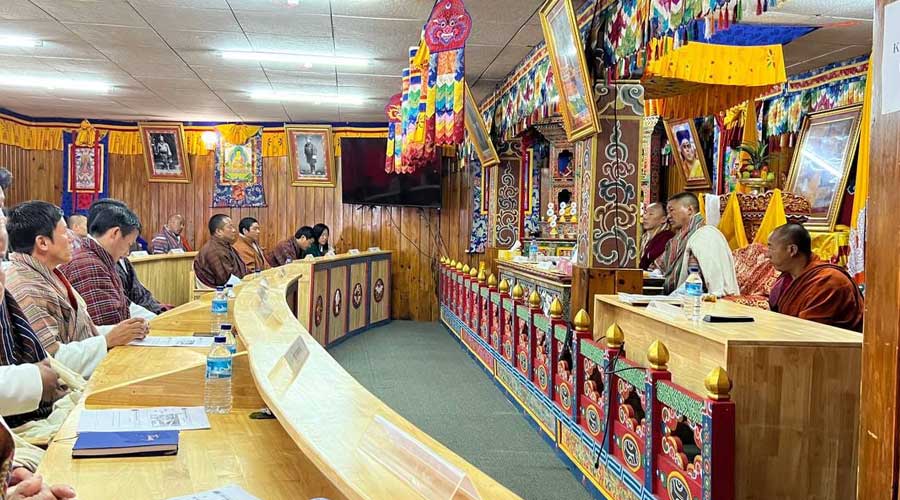 Local Government members of Nubi Gewog in Trongsa are unhappy about not getting their daily subsistence and travel allowances or the TA/DA while making official trips to the district headquarters.

They haven’t received their allowances for about seven months now. The matter was hotly debated during the recent Dzongkhag Tshogdu.

Nubi Gup Pema Lhamo said they should be entitled to the TA/DA since their gewog office is located at Bemji chiwog, which is 25 kilometres away from the dzongkhag administration.

She justified further by referring to the Pay Revision Act 2019, which states that LG functionaries can claim TA/DA for travelling beyond 10 kilometres of the gewog’s boundary.

The district administration is housed in Trongsa Dzong, which according to the LG members of Nubi Gewog, fell under their gewog’s boundary before the Election Commission made boundary delimitation.

But now it falls under the thromde area. However, the finance ministry’s stand is LG members of Nubi are not eligible to claim TA/DA. This is because the district administration is located in the same gewog. Instead, members can get an annual lump sum as travel allowances within the gewog.

“Like Nubi Gewog, there is a gewog in Trashigang. However, the LG representatives there are entitled to such allowances. So, I sought clarifications from the Department of Local Governance, the finance ministry and other relevant agencies but to no avail,” the Nubi Gup said.

The LG representatives of the other four gewogs also said their counterparts from Nubi Gewog must be entitled to the TA/DA.

“Nubi Gewog and Trongsa Dzong are in different places. The dzong is under the jurisdiction of the thromde. The first and second LG members received the TA/DA, so I think the current ones should also receive the same,” said Tangsibji Gup Jigme Namgyal Tangbi.

His views were backed by Mangmi of Langthil Gewog, Tshering.

“If the throm is under Nubi Gewog, then the gewog’s LG members will not be eligible for the TA/DA entitlements. But this is not the issue now and we don’t see any problem if the DT endorses the allowances hereafter.”

The Agriculture Minister, Yeshey Penjor, who represents the dzongkhag’s Nubi-Tangsibji Constituency, said the issue could be resolved based on the Local Government Act.

“Article 52 of the act authorises the Dzongkhag Tshogdu to review and approve the dzongkhag’s annual budget based on the ceilings for the submission to the finance ministry. Hence if the issue could be settled by the tshogdu, I think there is no need to forward the resolution to the relevant authorities.”

“If the area within Trongsa Dzong could be clubbed as the dzongkhag thromde, the allowance entitlement for the LG representatives of Nubi will be confirmed,” recommended the National Council Member of Trongsa, MP Tashi Samdrup.

However, Trongsa Dzongda said to put an end to the issue, they have to consult the Royal Audit Authority, the Department of Local Governance and the Election Commission.

“From the ECB, the boundary delimitation has been done and the Thromde Ngotshab has been elected, so the entitlement is certain. But the different agencies concerned are not willing to take risks. So, it would be better, if Dzongkhag Tshogdu recommend and consult with all these three authorities and decide accordingly,” said Trongsa Dzongda Phub Rinzin.

As recommended by the Dzongda, the house resolved to submit the resolution to the finance ministry, the Department of Local Governance, and other relevant agencies.

The resolution seeks a solution from these stakeholders at the earliest.