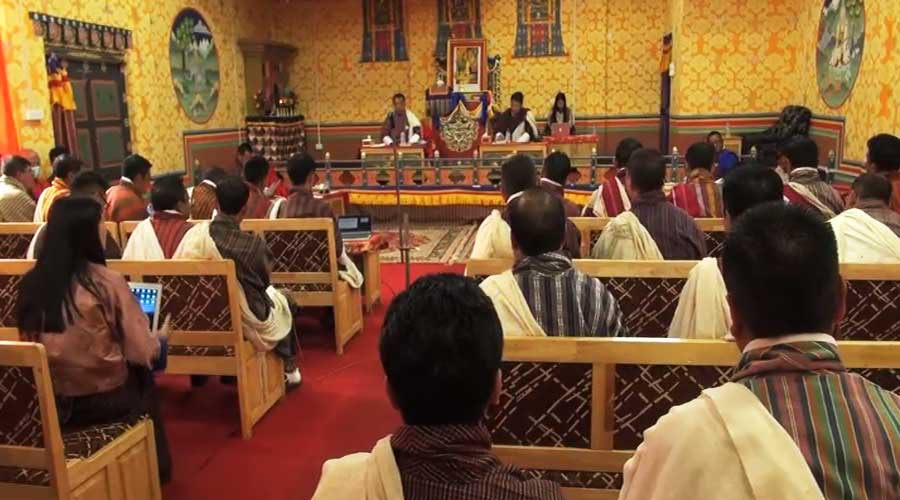 With limited manpower and a rising wage rate, Bji Gewog in Haa proposed fixing the daily wages according to the skills across all gewogs in the district. According to the proposal, the wage for the head carpenter should be Nu 1,200 and Nu 1,000 for the assistant carpenter. The daily wage for the unskilled male worker was proposed at Nu 800 and Nu 500-600 for female workers.

The proposal also includes fixing the fees for religious services done at home. The gewog proposed fixing the daily wage for ordinary monks at Nu 700-800 and paying as per the hierarchy of their services. It was one of the key resolutions from the Bji Gewog Tshogde.

According to Bji Gup Pasang, the proposal came up because of the practice of increasing the rates every year:

“Therefore all are forced to pay the increased rates. This has become a burden to some of the people who are economically not well. We have deliberated and passed the resolution through gewog Tshogde in favor and that’s why we put it to the DT.”

However, after much discussion, the Dzongkhag Tshogdu temporarily suspended the appeal. According to the Haa DT Chairperson, Tenzin Jamba, they need to first study the existing rates before accepting the proposal.

“We respect the points put up by the people of Bji Gewog as it is for the benefit of all the people. But once the resolution is passed through the DT then it becomes a bylaw, therefore, we have to study it thoroughly before it is implemented.”

Today, people pay a minimum wage of up to Nu 1,000 for male workers and not less than Nu 700 for female workers. Similarly for religious purpose, monks are paid more than Nu 1,000 for a day. And the rates keep increasing every year. But Bji Gewog will be changing this trend at least in their gewog. If they are successful, all gewogs in Haa are expected to be on board to control the rising wage rate after the next DT.